Both victims suffered moderate injuries and were rushed to hospital. 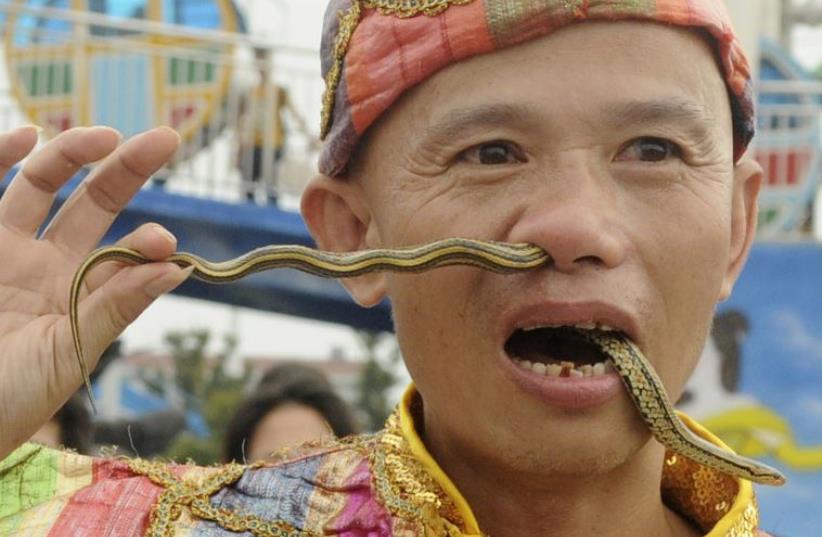 A man inserts a live snake through his nose and mouth during a performance at an amusement park to celebrate in Jinhua, China
(photo credit: REUTERS)
Advertisement
Two Israelis were taken to hospital on Friday in two separate incidents in which they were bitten by snakes.In the Samaria settlement of Itamar, a four-year-old girl was moderately injured when a snake snuck into her home and bit her. A Magen David Adom emergency team arrived on the scene and discovered bite marks on her leg. After receiving initial treatment from MDA and IDF medics, she was rushed to Sheba Medical Center at Tel Hashomer, where doctors report she is in stable condition and conscious.Just 20 minutes earlier, MDA dispatchers received a phone call indicating that a woman, 60, was bitten by a snake near her home in Petah Tikva.Emergency crews arrived at her home and found the woman slightly dazed after she was bitten on her leg. The woman received treatment before being evacuated to The Rabin Medical Center - Beilinson Campus in Petah Tikva.