The Ministry of Construction and Housing has tried to push for additional new communities in the south, but these were not approved by the committee on principle planning matters and were dismissed. 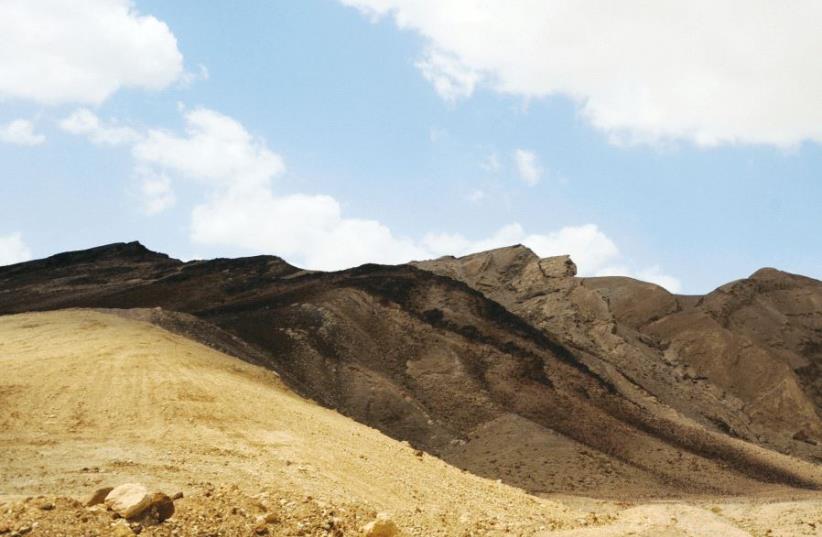 The Negev desert
(photo credit: Mark Neiman/GPO)
Advertisement
The National Board for Planning and Building today recommended to the government construction of two new communities in the Negev: Daniel and Ir Ovot. Also recommended was Nitzanit, an expansion of the Nitzana youth village. The committee on principle planning matters approved the plans in recent months, but the National Board for Planning and Building's approval is needed before the plan can be brought to the cabinet. The plan will now be submitted for cabinet approval. The Ministry of Construction and Housing submitted the proposals.Daniel, a rural community, is slated for the northwestern Negev adjacent to the Aleh Negev rehabilitation village for disabled children and adults and west of the town of Ofakim. Construction of the community will be in stages, with a total of 450 housing units being reached. The community is designed to provide a housing solution for the families of Aleh Negev patients and the institution's staff, young couples from the regional council, and permanent army soldiers serving in the area. The Ministry of Construction and Housing said, "Aleh Negev serves an extremely important community function that contributes to the entire region, and not just by creating jobs, but also in the social aspects and by helping a weak and vulnerable group."Ir Ovot is a re-established community in the Central Arava Regional Council in which 250 housing units are planned. The community is located west of Hatzeva Junction close to the biblical site of Tamar.The Ministry of Construction and Housing says that Nitzanit is a natural and long-term expansion of Nitzana that can become a community of families. The Ministry of the Interior planning department said, "The proposed community is at the basin of settlement in the southwest of the Ramat Negev Regional Council adjacent to the Nitzana educational institution on the border with Egypt. The Committee became convinced that building the community designed to consolidate settlement there will be an anchor for strengthening the functioning of all the nearby communities. Another principle guiding the Committee is the distance from the urban communities and its proximity to approved construction, so that it does not damage the continuity of the open areas."The Ministry of Construction and Housing has tried to push for additional new communities in the south, but these were not approved by the committee on principle planning matters and were dismissed. The committee argued that there was no point in establishing new communities before the existing ones were strengthened. The proposed new communities - Deia, Neve Gurion, and Eshel Hanasi - were not approved by the committee on principle planning matters."The National Board for Planning and Building also took social considerations into account. The communities approved are of social and national importance," National Board for Planning and Building chairperson and housing cabinet chairperson Zeev Bielski said.Administration of Planning head Dalit Zilber added, "The Administration of Planning seriously considers every case of establishing a new community according to planning, social, economic, and environmental considerations. In consider the community of Daniel, the social aspect was foremost and was the decisive consideration in the decision to approve the community."Minister of Construction and Housing Major General (ret.) Yoav Gallant said today, "I welcome approval by the National Board for Planning and Building for building a new community in the Negev. This another significant step in the strategic plan that we are leading as part of the realization of Ben Gurion's dream of Jewish settlement in the Negev. Establishing new communities in the Negev will motivate people in central Israel to move to the south, strengthen the Negev's economy, and bolster the residents' confidence in the entire region. In order to strengthen the existing communities, we have signed roof agreements in the past three years in Beer Sheva, Sderot, Dimona, Netivot, and Ofakim. We are also promoting a renewal project in the Hozer neighborhood and leading urban renewal initiatives."