Eduard Stavytsky, a former cabinet minister in the Ukraine, fled to Israel to escape Ukrainian and INTERPOL arrest warrants in October 2014. 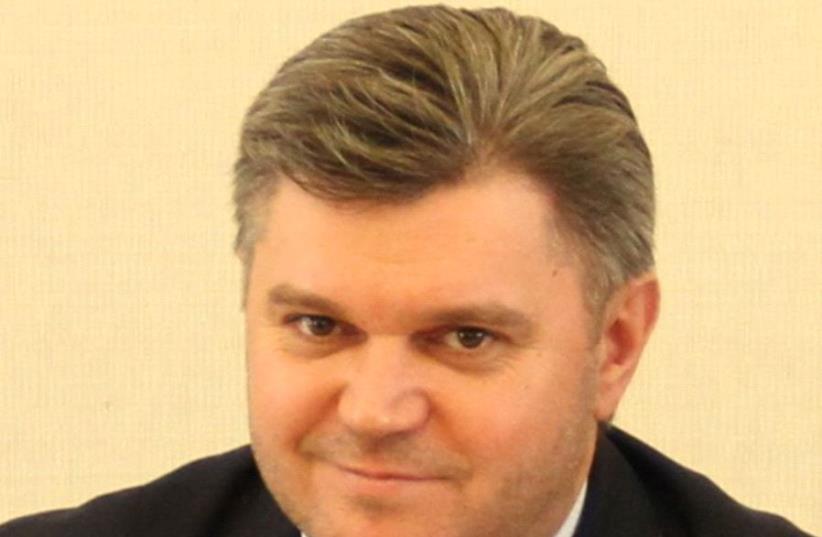 Eduard Stavytsky
(photo credit: Wikimedia Commons)
Advertisement
Ukraine has reportedly made a formal request for extradition of a former cabinet minister on charges of embezzlement, some 18 months after he fled to Israel.Concern was expressed on Sunday that the extradition process, which began before the formal request was submitted, was dragging out longer than necessary.In October 2014, numerous reports surfaced that the former minister of energy and coal mining of Ukraine, Eduard Stavytsky, had fled to Israel to escape from Ukrainian and INTERPOL arrest warrants on embezzlement charges.Sources have indicated that the embezzlement involved 42 kilograms of gold and five million dollars in currency.
The reports also alleged that in addition to using the Law of Return, Stavytsky bribed Israeli officials to gain entry into the country.A January 2015 Army Radio report said that Stavytsky was living in Herzliya under an assumed name, Natan Rosenberg, though other sources indicate that he now lives in Kfar Shmaryahu.The filing of Stavytsky’s formal extradition request was first reported in the Kyiv Post, but the case has been covered by a variety of Israeli and Ukrainian media outlets.The Kyiv Post quoted Deputy Prosecutor General of Ukraine Yevhen Yenin in a TV interview saying, “The request has been sent. We have an official confirmation of the receipt of this request.”
Yenin added that Stavytsky was offered a plea bargain, but rejected it. “Accordingly, we have asked the court for permission to apply a special procedure for conviction in absentia, after which we will announce the verdict and apply other procedures to return this person to Ukraine,” he said in the newspaper report.Last week, multiple media outlets in Ukraine reported on the prosecution’s formal move to convict Stavytsky in absentia.A warrant was issued for Stavytsky in March 2014, after nation-wide protests led to the fall of the government led by Viktor Yanukovych in which he was a minister.The extradition of Stavytsky and other former cabinet ministers who fled Ukraine is a top priority for that nation’s current government.The Justice Ministry responded on Sunday to the announcement saying, “The prosecution does not provide details on extradition requests, whether filed or not, other than where there is a public and open proceeding being managed in the courts.”