Ultra-Orthodox, Arab, Ethiopian, and settler youth unite under one roof

Program works to promote a tolerant society through knowing the “other.” 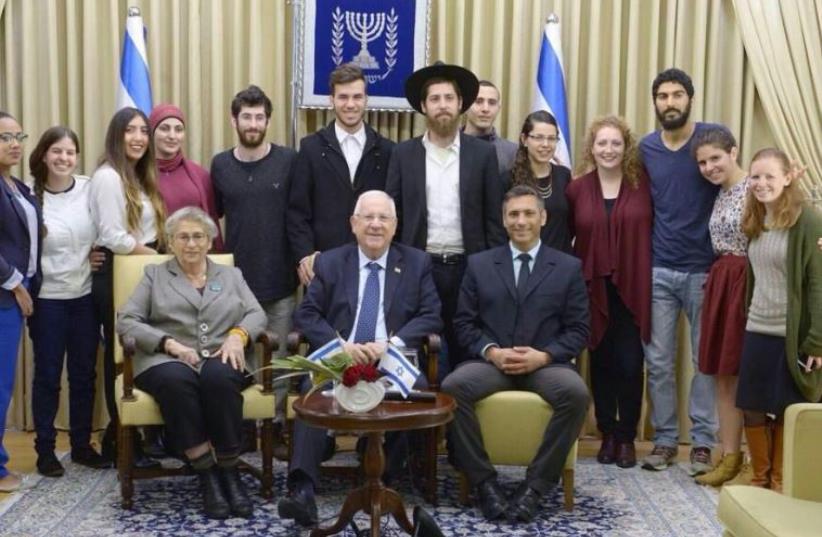 “Ahi Israeli” participants meet with President Reuven Rivlin.
(photo credit: GPO)
Advertisement
A new program aims to build tolerance in Israel by having youths from various sectors live together in ultra-Orthodox, Arab, Ethiopian and settler communities.The program, called “Ahi Israeli” (My Israeli Brother), also includes new immigrants and secular Jews, as well as Muslims and Druse, said Yaron Kanner, CEO of the NGO Hinam, which is organizing the project.“Short meetings with people from different parts of society don’t provide enough to overcome mutual fears of the other, so we decided to create a program where youths live for a month in each community,” he said.Hinam works to promote a tolerant society through knowing the “other.”The four communities hosting members of the group are the ultra-Orthodox community in Safed, the settlement of Ofra, the northern Arab Muslim town of Deir el-Asad, and an Ethiopian neighborhood in Rehovot.The second four-month session started on Sunday. Those who took part in the first met with President Reuven Rivlin at the end of their experience.The current group includes an Arab Muslim youth and a woman from Deir el-Asad. The woman wears a hijab and comes from a religious family. Her father at first opposed participation in the program, but relented once he met and saw the first group of youths living in his town for a month, Kanner explained.Kanner gives a lecture once a week to the group, and sometimes brings his family to spend Shabbat.“We seek to get people thinking outside of the box,” said the NGO head, adding that it was not easy to get this organized. For example, the ultra-Orthodox had serious concerns at first, but in the end, their rabbi gave his consent.“After a while, people begin to see people for who they are, and not according to stereotype,” he said.One of the obstacles that has become an educational experience is keeping Shabbat and a kosher diet for a month while living in an Arab village. The Friday meal in Deir el-Asad also included 40 locals, as well as the parents of some of those in the group.“In order to build a tolerant society, you need to deal with fear of the other,” commented Kanner.The two Muslim Arabs in the current program do it as part of their two years of national service.Another interesting point, Kanner noted, was when the Arab youths joined in the Friday night synagogue service in Ofra and put on kippot to respect local custom.In addition, the group does community service in each community.The project is supported by the Jewish Federation of San Francisco and the Posen Foundation.