A UNOPS spokesperson apologized for the original terminology, calling it a “logistical oversight”. 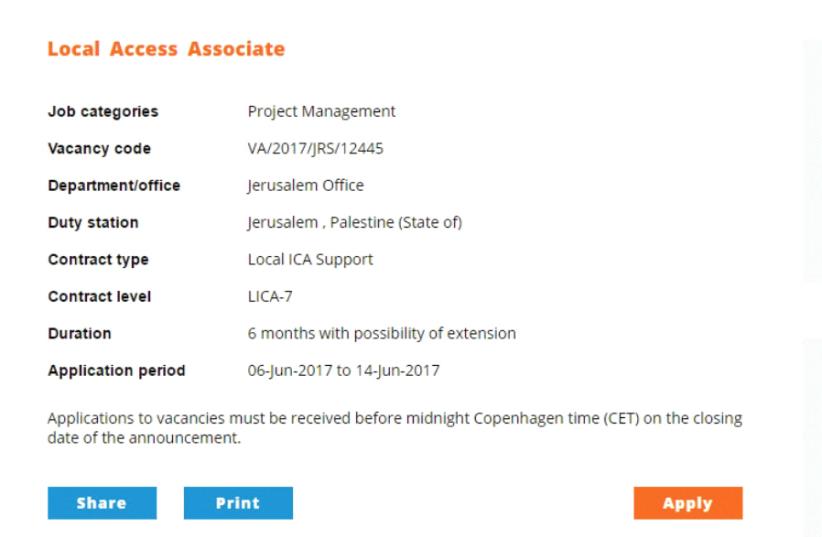 A JOB POSTING from the United Nations announces a position in Jerusalem in the nonexistent ‘State of Palestine.’
(photo credit: screenshot)
Advertisement
NEW YORK - After The Jerusalem Post discovered a job offer listing its location as “Jerusalem, Palestine (State of)” on the website for the United Nations Office for Project Services (UNOPS), the listing was corrected to only read “Jerusalem”. A UNOPS spokesperson apologized for the original terminology, calling it a “logistical oversight”. “Our teams took immediate action to correct it.” they told the Post. “The location mentioned in this job posting was an oversight and is in no way a political statement by UNOPS.”“We remain committed to constructive cooperation with the Government of Israel,” the spokesperson added.
The vacancy for the job, which is for a Local Access Associate, was also cancelled online, making it impossible to apply for it. The United Nations Office for Project Services (UNOPS), headquartered in Copenhagen, is the operational arm of the United Nations. Its role is to implement projects for the United Nations, international financial institutions, governments and others dealing with international aid. It conducts some 1,000 projects yearly and employs about 7,000 personnel spread across 80 countries. After being made aware of the posting by The Jerusalem Post earlier on Monday, Israel’s Ambassador to the UN Danny Danon had called on Under-Secretary-General and UNOPS Executive Director Grete Faremo, to remove the job posting from the site and institute immediate reforms.“It is unacceptable for UN agencies to not only attempt to change the political facts on the ground, but to question the connection between the State of Israel and our capital of Jerusalem,” Danon said. He also suggested UNOPS conducts a “complete overhaul of its operating procedures to ensure that such inappropriate behavior not occur again.”