By HERB KEINON
DECEMBER 31, 2017 02:43
Siège de l'Organisation des Nations Unies pour l'éducation, la science et la culture (UNESCO) à Paris
(photo credit: REUTERS)
Advertisement
Audrey Azoulay, the director-general of the United Nations Educational, Cultural and Scientific Organization, confirmed on Friday that Israel provided official notification that it would leave the organization effective December 31, 2018, something she said she regrets “deeply.”Israel’s decision to withdraw from the organization, of which it has been a member since 1949, follows a similar move taken by the US in October. UNESCO’s anti-Israel bias was given by the US as one of the reasons it was leaving the Paris-based organization.“I regret this deeply, as it is my conviction that it is inside UNESCO and not outside it that states can best seek to overcome differences in the organization’s fields of competence,” Azoulay, who took the helm of the organization in November, said in a statement.Azoulay’s statement made clear that a snafu involving the delivery of Israel’s letter of withdrawal in time to make it possible to withdraw by the end of next year would not be an obstacle in leaving the organization.“Israel has a rightful place inside the United Nations agency that is dedicated to education, culture and science,” she said. “Inside an institution committed to the defense of freedom of expression, the prevention of all forms of antisemitism and racism, which has developed a unique program of education about the Holocaust and the prevention of genocide.”UNESCO admitted the Palestinians as a state in the organization in 2011, and since then has passed numerous anti-Israel resolutions, including those disavowing a Jewish connection to the Temple Mount and Jewish sovereignty over Jerusalem. 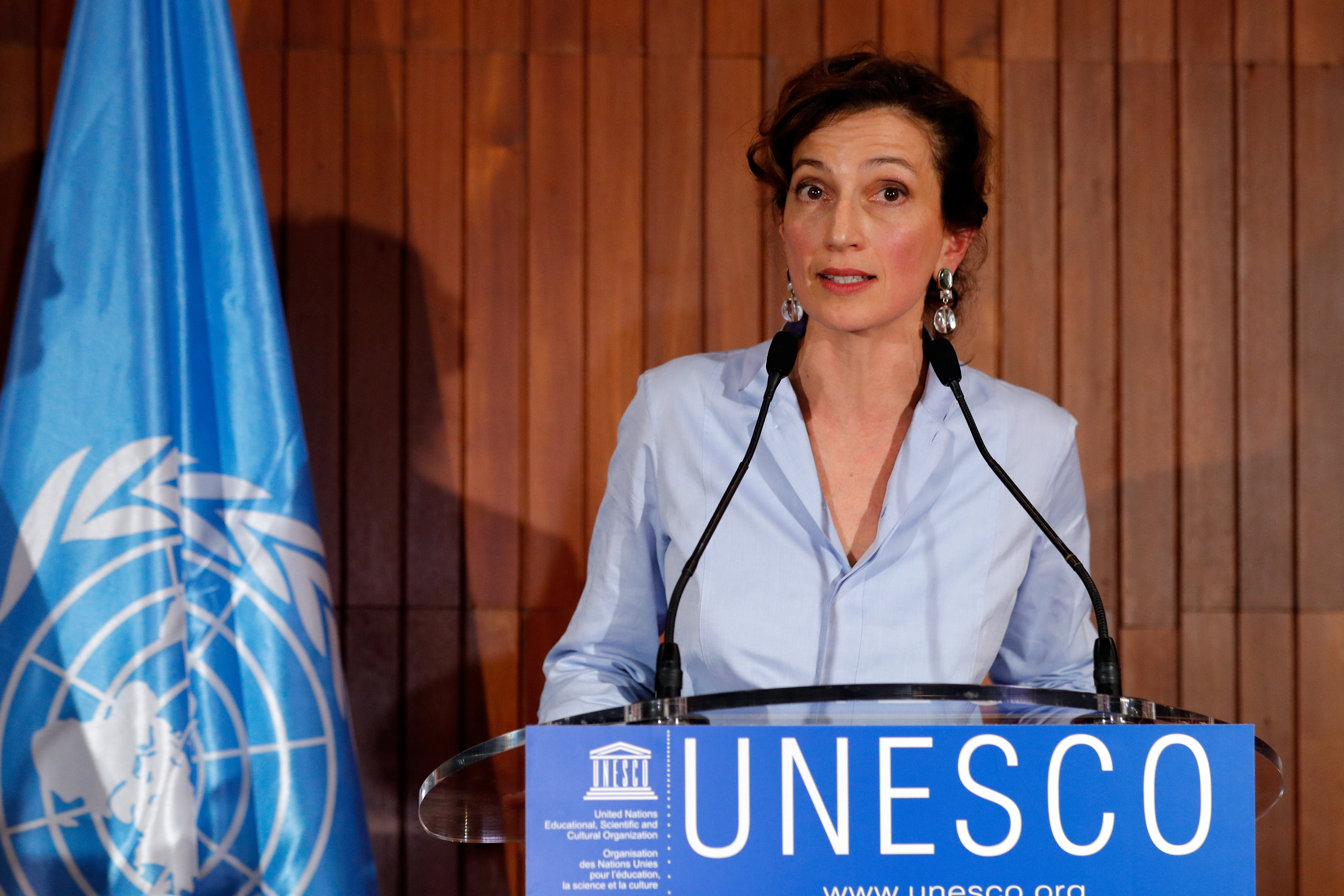 In her statement, Azoulay noted that Israel has nine cultural sites on UNESCO’s World Heritage list, including Masada, Acre, the White City of Tel Aviv, and the Necropolis of Beit She’arim.What she failed to mention is that since 1982, the Old City of Jerusalem and its walls has been on a list of world heritage sites in danger, and that UNESCO this year declared Hebron’s Old City, including the Tomb of the Patriarchs, a Palestinian world heritage site in danger.In other UN-related news, the world body’s Administrative and Budgetary Committee turned down a request by a group of 77 developing countries to increase the UNRWA budget by about $5 million and to add four staff positions to the Assistance to the Palestinian People Unit of the United Nations Conference on Trade and Development.The Assistance to the Palestinian People Unit, according to the Israeli Mission to the UN, which spearheaded efforts to reject the request, is a UN body with a “specific mandate to monitor and investigate the social and economic impact of policies of the Israeli occupation authorities in the Palestinian territory.”According to Israel’s UN Mission, this body “publishes an annual report accusing Israel of harming the Palestinian economy and preventing Palestinian development, as well as violating international law and UN resolutions.”Danny Danon, Israel’s ambassador to the UN, said that the time has come to “put an end to the Palestinian attempts to exploit UN bodies for anti-Israel propaganda.“It is unacceptable for the UN budget and funds of countries earmarked for humanitarian aid and development to be exploited and used for hateful incitement,” Danon said