No damage was done to the drone, but bullets and traces of damage were found in the Druse town of Majdal Shams. 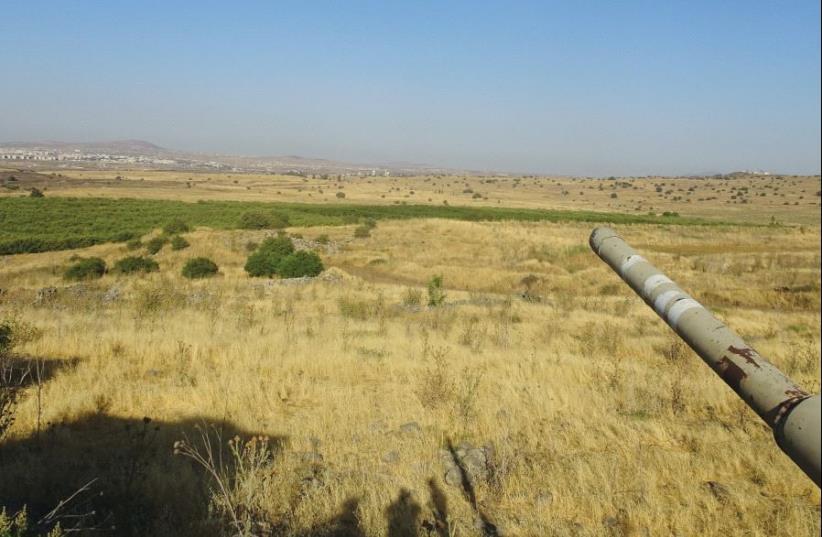 An old IDF tank barrel from the Yom Kippur War looks out over the Syrian side of the Golan from a hilltop a few hundred meters from the border
(photo credit: SETH J. FRANTZMAN)
Advertisement
Unidentified sources opened fire on Thursday at an unmanned aircraft that was patrolling the Syrian border. No damage was done to the drone, but bullets and signs of damage were found in the Druse town of Majdal Shams. A few days ago the Syrian army claimed that Syrian air defenses intercepted several Israeli missiles targeting an Iranian base west of the capital of Damascus. Syria’s official news agency SANA said Israeli fighter jets flying in Lebanese airspace fired a number of missiles toward the area of the Jamraya research center, targeting an Iranian base.This alleged attack came only two weeks after a report in Lebanese stated that Syrian President Bashar al-Assad has threatened to attack Ben-Gurion airport with Scud missiles should Israel attack Syria again.Anna Ahronheim contributed to this report.