Rafael's Trophy on US Abrams 1
(photo credit: RAFAEL ADVANCED DEFENSE SYSTEMS)
Advertisement
The United States military is purchasing additional Israeli-built Trophy active protection systems (APS) for its M1 Abrams battle tanks for the US Army and Marine Corps, Rafael Advanced Defense Systems announced on Wednesday.Leonardo DRS, Rafael’s US-based partner, said in a statement that it has received a contract initially worth up to $79.6 million to provide additional Trophy systems which pushed the program’s value to more than $200 million.Designed to detect and neutralize incoming projectiles, the Trophy system has four radar antennas and fire-control radars to track incoming threats such as anti-tank guided missiles (ATGMs), and rocket propelled grenades. Once a projectile is detected, the Trophy system fires a shotgun-type blast to neutralize the threat. 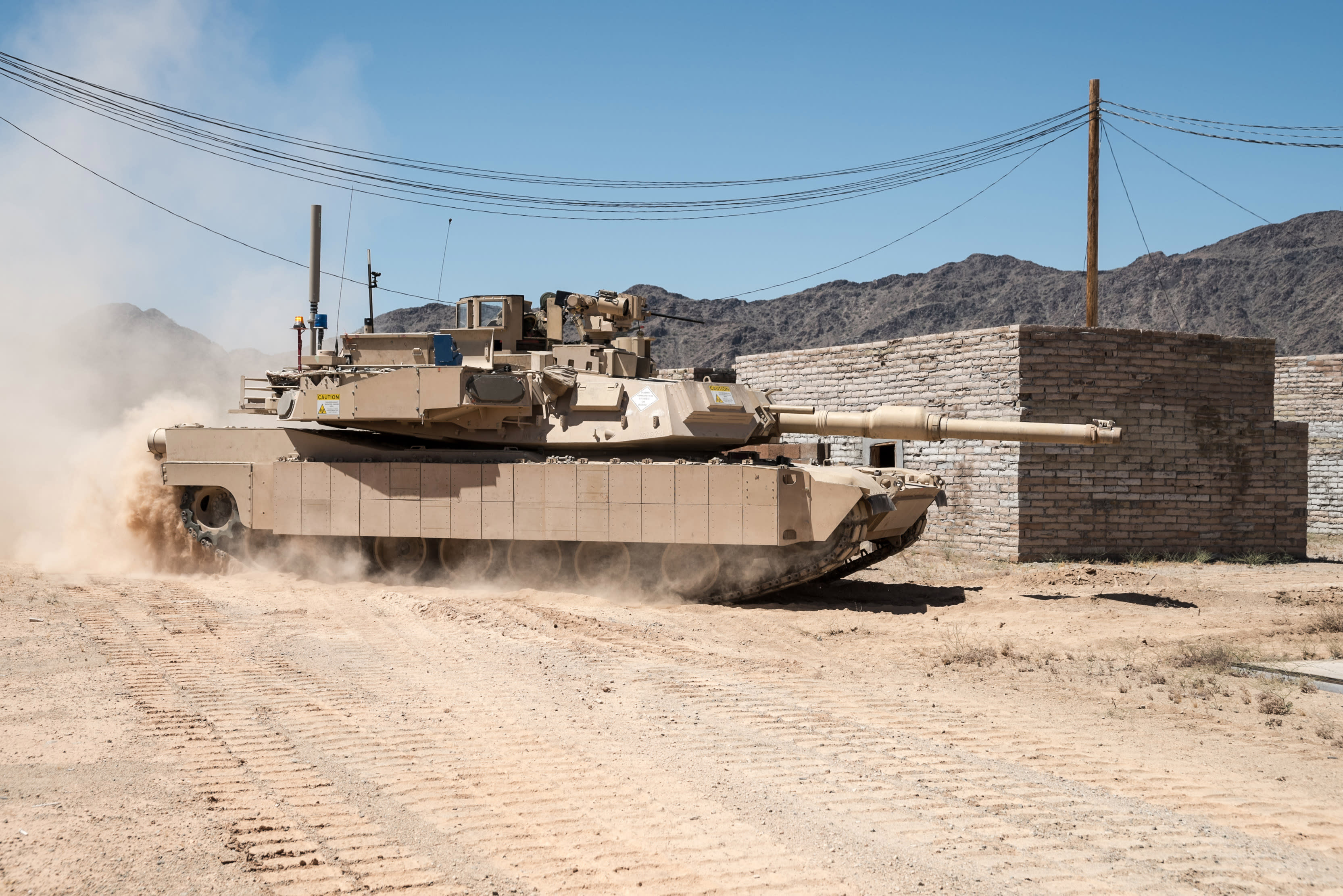 Under the terms of the contract, the systems, countermeasures and maintenance kits will be supplied by the American defense contractor Leonardo DRS, Inc., which partnered with Rafael to manufacture them.The systems will be manufactured both in the United States and Israel.The Trophy, developed by Israel’s Rafael Advanced Defense Systems, is the only fully operational and combat-proven APS in the world. According to Rafael, the company has provided some 1,000 systems to all major IDF ground combat platforms.“Leonardo DRS is proud of the confidence shown by the army in deciding to field Trophy to even more US combat brigades,” said Aaron Hankins, vice president and general manager of the Leonardo DRS Land Systems division. “Together with our Rafael partners, we are fully committed to meeting our customers’ demands and are working in parallel to further address the urgent protection needs of other US platforms.”In August, Leonardo DRS and Rafael successfully demonstrated a new, lighter Trophy VPS variant on a Bradley Fighting Vehicle in Israel, neutralized more than 95% of munitions fired at it.Leonardo DRS and Rafael will also be participating in the Army’s Stryker Expedited APS demonstration “rodeo” in February.“Rafael does not stand still. Trophy VPS provides the same capabilities and performance as Trophy in a significantly smaller package,” said Moshe Elazar, executive vice president and head of Rafael’s land and naval division. “We are also leveraging our global leadership in both active protection (close to 1,500 Trophy systems) and medium-caliber remote weapons systems (over 1,000 systems), to offer the mature, reliable, lightweight Samson turret, which combines both capabilities. Given our wide customer base and existing production lines for both, Samson is a capable, affordable, low risk solution for the US Army’s Next Generation Combat Vehicles, other programs in Israel and other markets.”The Trophy system received its “baptism by fire” on March 1, 2011, when it neutralized an RPG antitank rocket, which had been fired from a short range toward an IDF Merkava Mark-IV tank close to the border with the Gaza Strip.The system has since proved its efficacy in several operations, especially during 2014’s Operation Protective Edge where IDF tanks were able to operate in the Gaza Strip without suffering any losses.