US Embassy in Israel teams up to promote workplace diversity

The program is set to officially kick off on Monday at the American Embassy House. 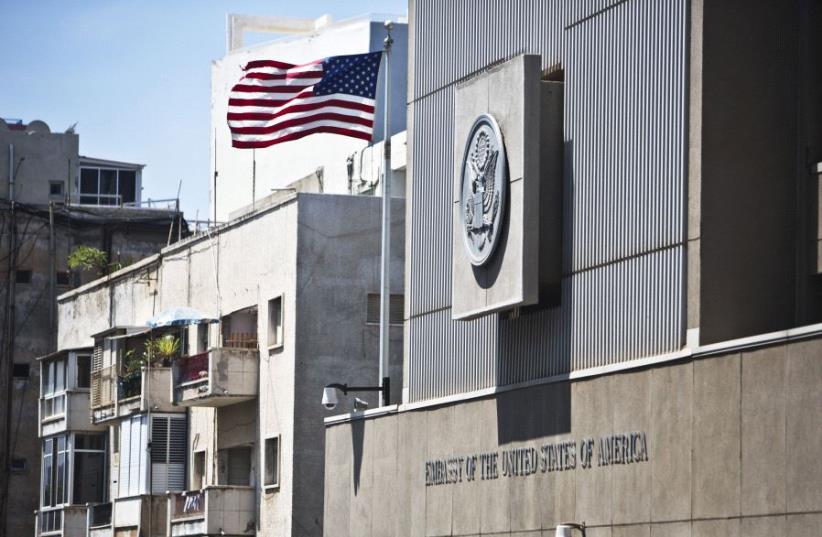 A flag flutters outside the US embassy in Tel Aviv August 4, 2013
(photo credit: REUTERS)
Advertisement
ITWorks, a nonprofit organization that promotes employment among minority populations, on Sunday announced a collaborative program with the US Embassy in Israel’s Middle East Partnership Initiative (MEPI) to enhance employment diversity in the Israeli work force.The initiative, Diversity Works, has enlisted more than 30 CEOs from top companies in an effort to resolve the lack of representation among largely excluded populations in academic- managerial positions.The program seeks to collaborate with these CEOs to create some 200 higher level positions in approximately 40 companies, laying the cornerstones for gender and sector changes in employment.“Our program shows how the business sector is taking responsibility to lead change – not due to government pressure or the NGO’s motivation – but thanks to the understanding that better business performance, contributing to national economy, is achieved by taking upon themselves the diversity task,” IT Works founder and executive director Ifat Baron said of the initiative.According to ITWorks, only one percent of managerial positions are staffed by minority population groups. Research done in 2015 on employment in senior management positions revealed only six women out of all companies in TA 100 Index serving as CEOs.Among the major companies participating in the initiative include: Procter and Gamble, IBM, Philips, Nokia, Oracle, Meitav-Dash, City Bank and Ness Technologies.The program seeks to create what it calls “national scaled influence,” in tens of thousands of employees from large companies in turn experience more diversity in their work place.“This is a tremendous privilege to co-lead with ITWorks the Diversity Works Program,” Ofir Guttmann, the CEO of Procter and Gamble Israel said.“For the last years, we’ve changed the employment map at Procter and Gamble by including 10% of employees in managerial positions from the haredi [ultra-Orthodox] and Arab societies,” he said. “We’re proud to be part of a meaningful change, reaching beyond the company’s borders with a brave vision to bring together 30 companies.”The program is set to officially kick off on Monday at the American Embassy House and will host dozens of CEOs from top Israeli companies who will speak about their personal experiences and the importance of employment diversity, its advantages and added values.The US-MEPI is a program run by the US State Department that offers assistance, training, and support to groups and people striving to bring positive change to the Middle East and North Africa.MEPI partners with civil society organizations, community leaders, youth and women activists, and private-sector groups to advance their reform efforts through a grassroots approach.