US throws weight behind construction of EastMed gas pipeline

Greece, Cyprus and Israel have approved an agreement for the Eastmed pipeline, which has been in planning for several years. 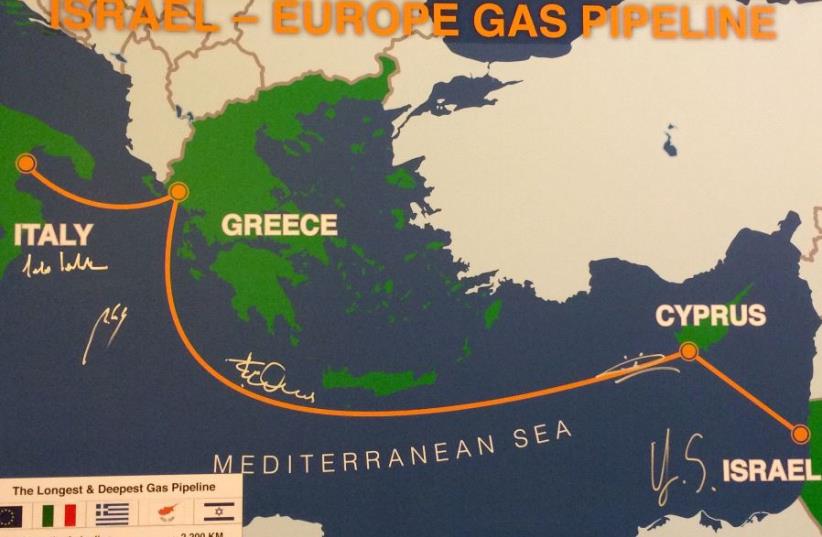 Israel-Europe gas pipeline
(photo credit: SHARON UDASIN)
Advertisement
The United States is backing the construction of a subsea pipeline that would supply Europe with natural gas from the eastern Mediterranean, US Energy Secretary Dan Brouillette said on Thursday.
Greece, Cyprus and Israel have approved an agreement for the Eastmed pipeline, which has been in planning for several years. The countries aim to reach a final investment decision by 2022 and have the 6-billion-euro scheme completed by 2025 to help Europe diversify its energy resources.
"We are going to continue to work with Israel, Greece and other interested parties to ensure that the infrastructure will be developed," Brouillette told reporters in Athens.
"There is still an enormous amount of interest both from private industry and from governments of the region to see that infrastructure developed and to be developed as quickly as we can possibly do it."
Greece aims to play an important role in helping Europe diversify its energy resources away from Russia, an objective strongly supported by Washington.
Imports of US natural gas to Greece have risen sharply in recent years as the country has built up gas infrastructure, including an 878-kilometer (545-mile) pipeline.
The Trans Adriatic Pipeline (TAP), which brings Caspian gas to the Greek-Turkish border and into southern Italy, started commercial operation last month.
Greece is also looking to build a liquified gas regasification unit off its Alexandroupolis port in the north that would be able to feed gas into TAP and another pipeline under construction with Bulgaria.