Rivlin at memorial rally: Rabin fell in the battle but we were all the target 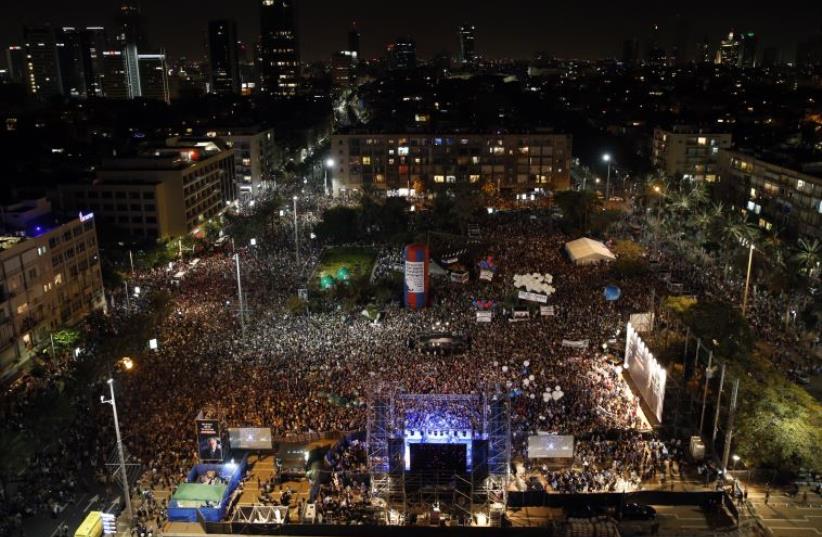 A commemorative rally in memory of late prime minister Yitzhak Rabin, at Rabin Square in Tel Aviv, October 31, 2015
(photo credit: JACK GUEZ / AFP)
Advertisement
Tens of thousands of Israelis attended a mass rally on Saturday night commemorating the 20th anniversary of the assassination of late prime minister Yitzhak Rabin in Tel Aviv.President Reuven Rivlin gave an opening address at the memorial rally, stressing that Israel would not give in to fear in the face of violence and terrorism
Bill Clinton: Israel must decide how to "finish last chapter" of Rabin"s story
"Yitzchak fell in the line of duty. We were - all of us - in the crosshairs; the State of Israel, Israeli democracy, Israeli society, Israeli hope. We all were the target," Rivlin said. The president said that Israel was still hopeful for the peace that Rabin sought after in his time. The president stated that while two decades have passed since Rabin's death, too much focus remains on the "wound of the past, and not enough on building the future."“We're still spending too much time talking about which side is right instead of listening to and understanding each other,” he added. However, he said there remain the dream of Israel ridding itself of extremism and racism.“We all have joint dream, a joint Israeli hope. We disagree on the path but we dream of an Israel in which righteousness lights the way,” he said. “Dear friends, you who stand before me, young men and women, youth movement leaders and members, from the Right and Left, ultra-Orthodox, religious, secular, Jews and Arabs – young leaders, the best and brightest of our land," Rivlin said, adding that "The fact that we are all standing here this evening, together by your initiative, is your victory, and it is our victory. Rabin was gunned down following an appearance at a Tel Aviv peace rally by Yigal Amir, who was opposed to the then government’s negotiations with the Palestinians. Rabin's murder stunned not just Israelis but the international community that had pinned its hopes on the former general to achieve peace between Israel and the Palestinians.Following Rivlin, former US president Bill Clinton addressed the memorial rally.Clinton helped broker the 1993 Oslo interim peace talks between Rabin and late PLO leader Yasser Arafat.Rabin, then-foreign minister Shimon Peres and Arafat received the Nobel Peace Prize in 1994 for their work on the peace process. 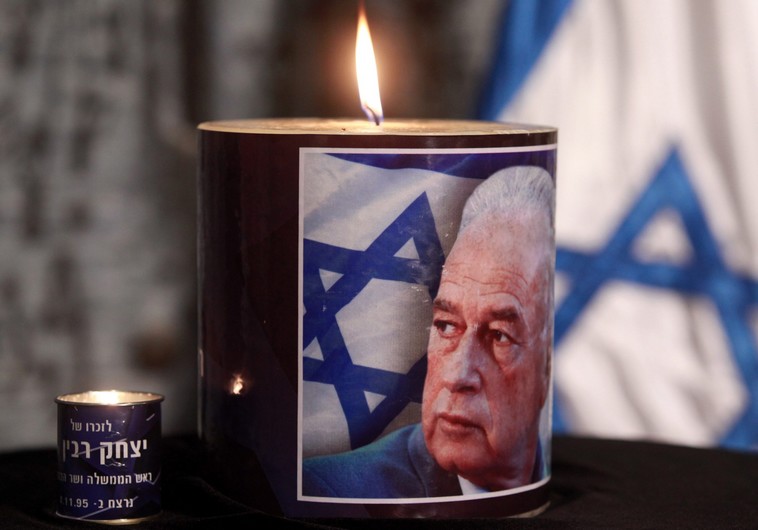 Clinton and Rabin developed a close working relationship as well as a warm personal bond, which the former US president spoke of during his famous eulogy for the former general on Mount Herzl days after the assassination.US President Barack Obama was set to address the rally via a recorded video message. Rabin’s daughter, former deputy defense minister Dalia Rabin, was also scheduled to speak.