‘We cannot accept Iran on our borders.’ Rivlin says to Bosnia Herzegovina 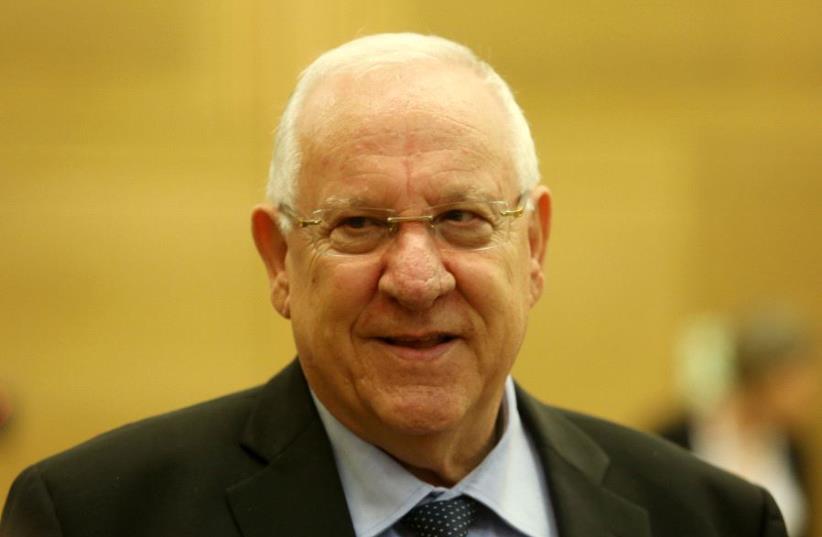 Reuven Rivlin
(photo credit: MARC ISRAEL SELLEM/THE JERUSALEM POST)
Advertisement
Israel is greatly worried about an Iranian presence in Syria.“We cannot accept Iran on our borders,” President Reuven Rivlin told his visiting counterpart, Mladen Ivanic, who is currently the chairman of the rotating presidency of Bosnia- Herzegovina. The presidency comprises a Serbian, a Croat and a Bosnian. Ivanic is the first Serb to win the most votes. He has previously served as prime minister and foreign minister.This is not his first visit to Israel, though it is the first by a president of his country. Rivlin reminded him that they first met in 2003, when Ivanic came to Israel soon after his appointment as foreign minister, at a time when Rivlin had just been elected as Speaker of the Knesset.Of all the public offices he has held, said Rivlin, he regards being the Speaker of the Knesset as the most important “because that is where you keep democracy.”In sharing Israel’s concerns with Ivanic, Rivlin spoke not only about ISIS, Iran, terrorism and Islamic fundamentalism, but also about Hezbollah in southern Lebanon and the 2.5 million refugees in Jordan, Lebanon and Turkey. Rivlin stressed that Israel must keep the burden of security on its shoulders, adding that the country is not at war with Islam, only with those Islamists who seek to destroy Israel.He underscored that Hezbollah has 150,000 missiles in Lebanon, including rockets with a firing range of 2,000 km. In addition to all that the Russians with their missiles are now in Syria, he said.Israel intends to keep its red lines, said Rivlin, but indicated that if push comes to shove, Israel is ready to accept the challenge and to defend itself.Knowing that Bosnia-Herzegovina has good relations with Iran, Rivlin felt compelled to raise the issue, saying: “We would like Bosnia-Herzegovina to understand our worries.”Ivanic assured him, saying: “We got the message.”The two men also discussed the similarities of their respective countries which are each multi-cultural, and in the case of Bosnia-Herzegovina, also multiethnic.Twenty years ago, said Ivanic, there was a terrible war in which 100,000 people were killed, mainly due to ethnic differences. Today, he said, his country is a normal country.There are differences of views he acknowledged, but what is important is the element of trust. The three main ethnic entities trust each other, but “not yet enough,” he said, adding that peace is carried out one step at a time.Rivlin concurred on the importance of trust, saying that Israel and the Palestinians had wasted 150 years talking about a solution to the conflict when they should have been building trust and confidence.Nonetheless, he was optimistic, saying to Ivanic: “We are trying to find a way for us to live together. If you can live together in Bosnia-Herzegovina, we can live together. You have done it and we can do it.”Ivanic urged Rivlin to pay an official visit to Bosnia-Herzegovina and presented him with a facsimile of the famed Sarajevo Haggada.