The post seems to be a common sentiment among Israelis who are angry over criticism of its response to Palestinian terrorism.

By JPOST.COM STAFF
JANUARY 14, 2015 09:02
Israeli embassy in Ireland posted a picture of Mona Lisa in Islamic headdress holding a rocket
(photo credit: TWITTER)
Advertisement
“We told you so, France.”That appears to be the message implied in a provocative tweet courtesy of the Israeli embassy in Ireland, which posted a photograph on its Twitter account on Wednesday featuring Mona Lisa decked out in Islamic garb while holding what appears to be a rocket.The post seems to be a common sentiment among Israelis who are angry over what they perceive as the international community’s inability to empathize with its precarious security situation.

Sensitive to criticism over its response to Hamas rocket fire, Israel has often sought to conflate its struggle against Palestinian terrorism with the jihadist violence that reared its ugly head in France last week, claiming the lives of 20 people. 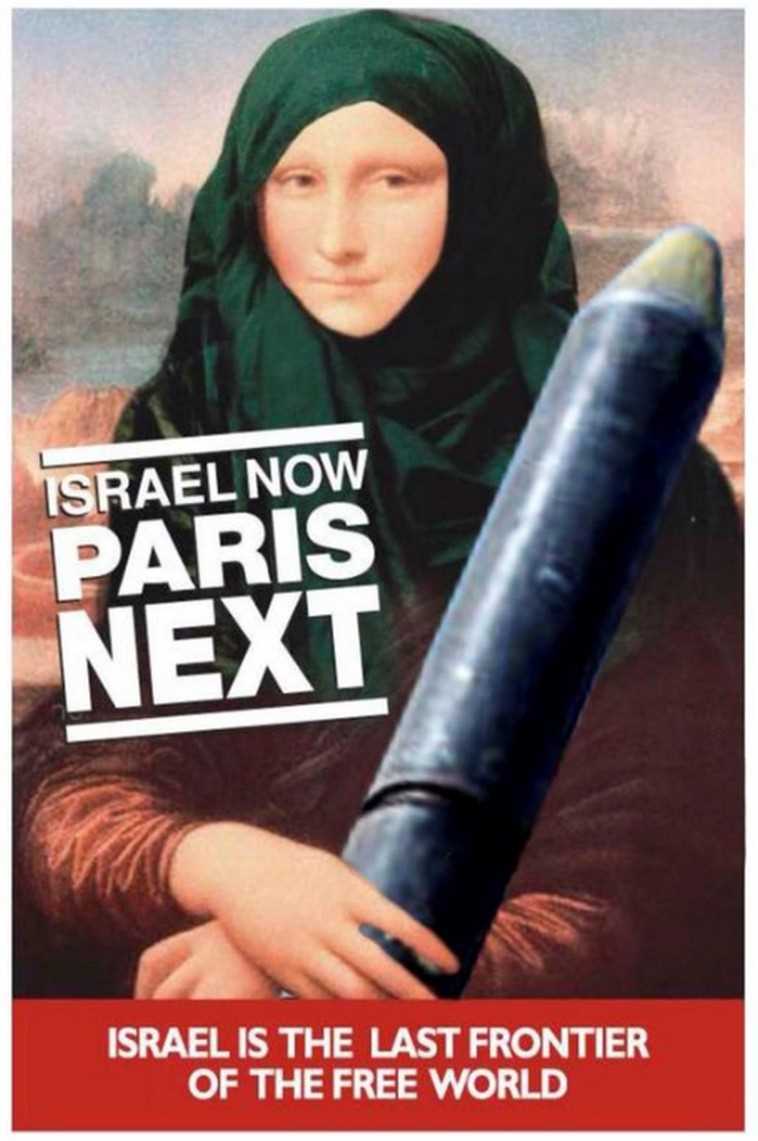