‘We are begging, please leave us alone - this wasn’t a provocation,’ says mother. 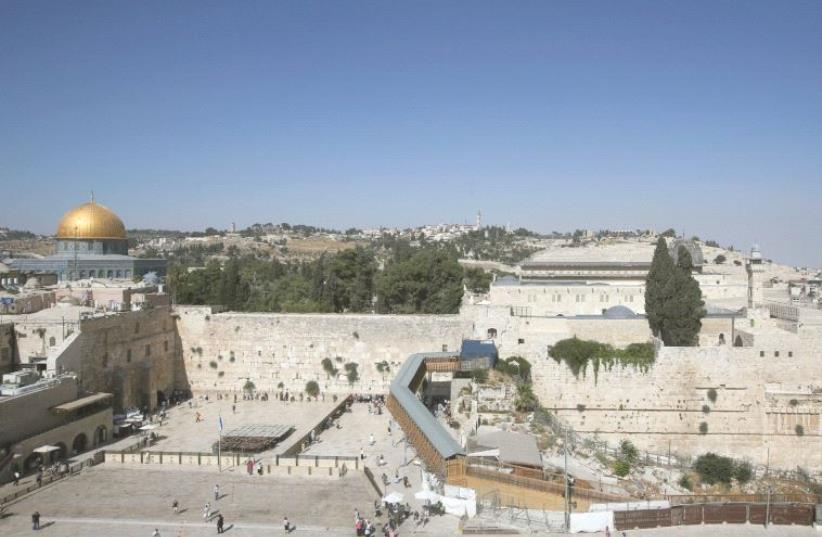 A view of the Western Wall, the Temple Mount and Dome of the Rock in Jerusalem
(photo credit: MARC ISRAEL SELLEM/THE JERUSALEM POST)
Advertisement
One day after video emerged of an unidentified nude woman being forcibly removed from the Western Wall, her mother said the spectacle was the result of mental illness, not a provocative political statement, and beseeched the public to remove widely viewed YouTube clips.In the 90-second video taken by a witness, which has been viewed tens of thousands of times internationally, the woman, 23, can be seen walking naked toward the men’s section amid shouts of “Go away, this is a sacred place!”After a brief struggle with an older Orthodox woman who attempted to cover her body, she breaks free and can be seen running toward the men’s section. Upon arriving there, a group of ushers and security guards forcibly removed her from the area and attempt to clothe her.A witness told Channel 2 that the woman came to the holy site fully clothed, “Then at one point, she started to undress, acting as if she had a purpose, like she wanted to make a provocation.” 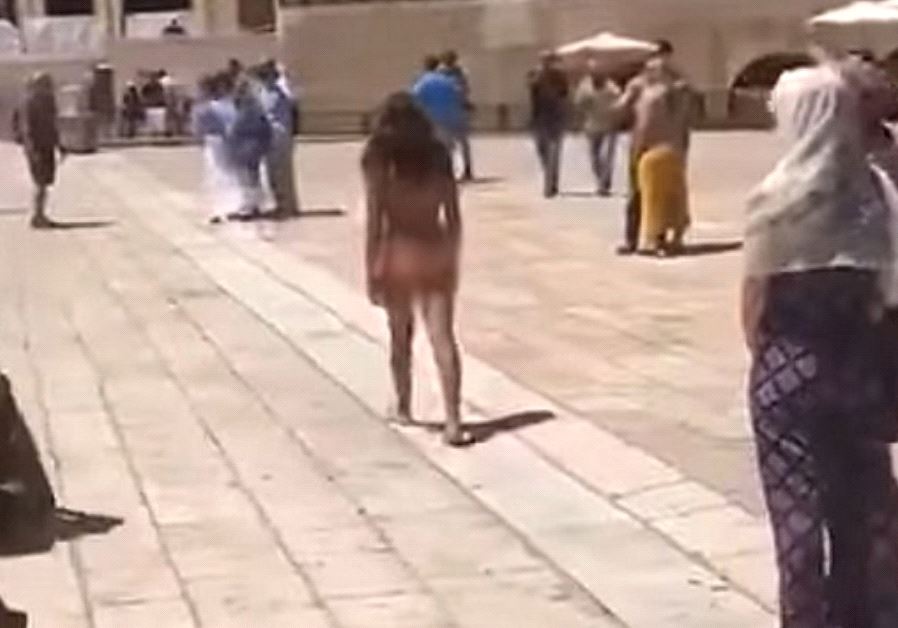 A screenshot of the nude suspect (blurred) at the Western Wall on Wednesday. (Courtesy of YouTube)
The witness added: “People started to shout and cry out, and when she reached the men’s section, she was stopped by force.”Although most of the grainy footage only shows the young woman from behind, and her face is largely obscured, her mother is beseeching the public to remove the incendiary clip from the Internet.During an emotional Monday interview with Channel 2, the mother, whose identity was hidden, noted that her daughter suffers from mental illness, and had no intention to make a political statement or offend anyone.“We are begging, please leave us alone -- this wasn’t a provocation,” she said. “We are asking that the images be removed and stop being shared online.”Conservative dress codes are strictly enforced at the Western Wall, where even men wearing tank tops are told to cover their shoulders with a talis (prayer shawl).