The prayer will be held at the Western Wall tunnels at Warren’s Gate which used to lead to the ‘Holy of Holies.’ 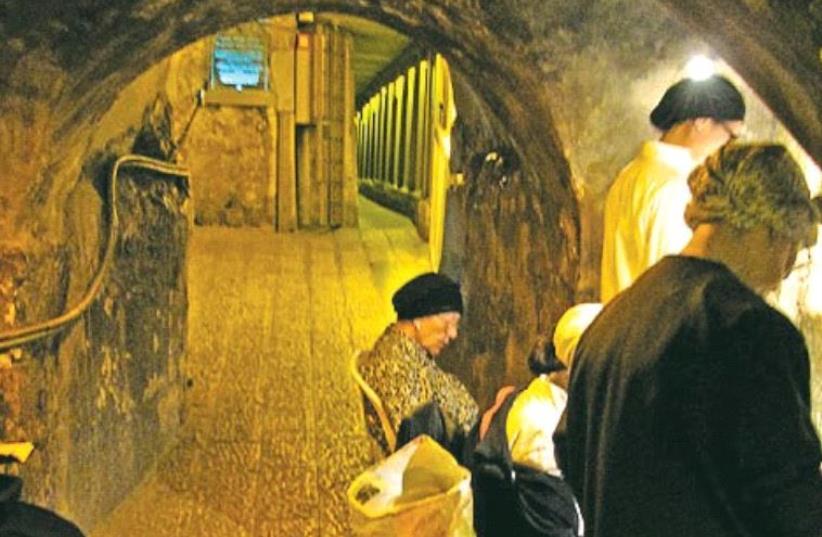 THE WESTERN WALL tunnels. ‘Recognizing these underground spaces as sacred only to the Jewish people has consequences for the archeology of the area and carries political implications.’
(photo credit: Wikimedia Commons)
Advertisement
The Western Wall Heritage Foundation reported on Thursday that it will begin conducting special psalm readings and prayer services at Warren’s Gate in the Western Wall tunnels. The gate used to lead to the section of the temple called ‘The Holy of Holies’ which, according to the Jewish faith, contained the presence of god. It is named in honor of one of the early archeologists of the Holy Land, Charles Warren. The late Rabbi Yehuda Getz thought this point is the closest to the original site of worship currently available to Jewish worshipers. The reciting of psalms is believed by some to be a means to beseech heaven for good health and such prayers are usually coupled with the mention of the name of the sick person for whom help is called for. Hundreds of names had been recited so far and, as of Thursday, a special prayer about the conduct of prayers in the temple called ‘pitom haketoret’ will also be recited. The prayer deals with how the incense was burnt as an offering in the temple of King Solomon.  The prayer plaza is not a closed space so according to the current health regulations it is not risky to pray there. Two prayer tents will be built in time for the weekend services, each hosting 100 people, to ensure health regulations are carried out.Those who wish to send a name of a loved one to be prayed over can use this link.