Who will be Israeli opposition leader if Gabbay wins Labor race?

The law states that an MK from the largest opposition party will be opposition leader, unless most MKs in the opposition vote to choose a different lawmaker. 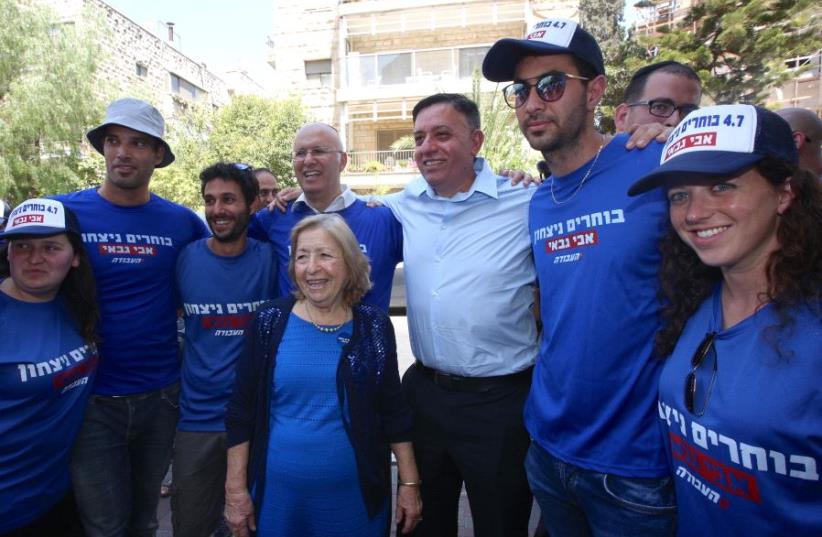 Avi Gabbay and supporters at the Labor primary election, July 4 2017.
(photo credit: MARC ISRAEL SELLEM/THE JERUSALEM POST)
Advertisement
One of the two candidates in next week’s Labor leadership runoff, Avi Gabbay, is not a member of Knesset, bringing up a unique problem for the party: He can’t be opposition leader.The Zionist Union, made up of Labor and Hatnua (formerly the Tzipi Livni Party), is currently the largest faction in the opposition with 24 Knesset seats, and its departing leader, Isaac Herzog, is opposition leader.The law states that an MK from the largest opposition party will be opposition leader, unless most MKs in the opposition vote to choose a different lawmaker.Gabbay, therefore, does not qualify for the position.He would have to choose an MK from the Zionist Union to be opposition leader, and the competition is fierce. The top candidates are Herzog or two senior lawmakers who held the position in the past: Tzipi Livni and Shelly Yacimovich.Gabbay and his opponent, Amir Peretz, are eager to win the support of Herzog and Livni – Yacimovich and Peretz, former allies, are now at odds – and opposition leadership is a great negotiating card that Gabbay can use.However, as one Labor backbencher pointed out, Gabbay could pick a surprise candidate.The logic behind such a decision is that Labor has not reelected a leader since it began using a primary system in 1992.If Gabbay spends half of his term as party leader with the opportunities to give speeches attacking Benjamin Netanyahu and to meet foreign dignitaries going to someone as formidable, or even more so, than himself, he’ll be in trouble. There’s no chance for him to buck the trend in Labor if he’s seen as someone who did nothing.If someone weaker in the party, or someone seen as too new or young to become party leader in the short term – not that Gabbay is old or a veteran – takes the post, he or she will be less dangerous to Gabbay.So what will Gabbay do with the opposition leadership – buy support from a power-player or preserve his primacy and reward a back-bencher? The answer remains to be seen.