Why is Bitan threatening elections that nobody in his coalition wants?

The so-called “French bill” may or may not pass in the end, but there was never for a moment a true danger that it would be the reason for new elections. 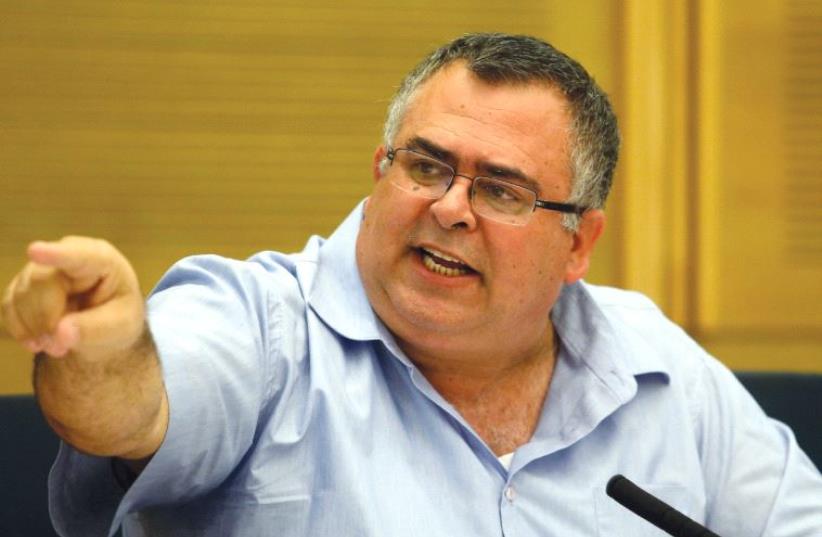 DAVID BITAN seen at the Knesset last year
(photo credit: MARC ISRAEL SELLEM/THE JERUSALEM POST)
Advertisement
Coalition chairman David Bitan and MK David Amsalem, both from the Likud, have been very busy for the last 10 days or so going from microphone to microphone, reporter to reporter, blustering to anyone who will listen about how they are ready to go all the way with the bill giving a sitting prime minister immunity from criminal investigations, even if it means calling an election.Anyone with the most elementary political interests could have called their bluff at any point last week, because the boisterous duo has very clearly been overplaying its hand. Prime Minister Benjamin Netanyahu clearly does not want an election right now.A Bayit Yehudi source said the party is somewhat perplexed as to why Netanyahu isn’t reining in Bitan more, since his constant threats are poisoning the atmosphere in a coalition that is relatively homogeneous, and – while it might not seem that way to political neophytes – has relatively little internal strife.One possibility is that this bill is a “goat.” In Knesset parlance, a “goat” is a proposal that was planned to be withdrawn from the get-go.To understand the expression, one has to be familiar with the famous hassidic story: A poor man lived with his wife and six children in a tiny shack. The man complained to his rabbi that they’re too cramped, they argue, and are miserable. The rabbi asks the man if he has any animals, and the man says “Yes, a goat.” The rabbi told him to bring the goat into his house. The man thought that was strange advice, but listened to the rabbi anyway. A week later, he came to the rabbi and said that the goat stinks, and is noisy and messy, and is making the whole family crazy. The rabbi told the man to take the goat out of the house – and suddenly the house seemed more spacious, and the family was happy with what they had.The coalition is the house. The “French bill” is the goat. Is Bitan the rabbi? Or is Netanyahu pulling the strings? It doesn’t really matter.But Bitan had an agreement with Bayit Yehudi to support a bill that would bar police from giving the attorney-general recommendations when they submit evidence at the end of an investigation. The new bill would look more sane than the French bill.It also seems clear that Netanyahu is enjoying the distraction. For a week no one talked about his investigations, just this bill and Bitan’s theatrics. Over a weekend in which the prime minister’s wife, Sara Netanyahu, was accused of criminal cruelty to her employees, Bitan said the equivalent of “Hey, look, a bird!” by threatening an election, and the focus of Sunday’s papers moved from Balfour Street back to the Knesset.The so-called “French bill” may or may not pass in the end – in the short term, it looks like it won’t, but there may be some version Bayit Yehudi and Kulanu will agree to – but there was never for a moment a true danger that it would be the reason for new elections.
Benjamin Netanyahu dismissive of corruption allegations on January 2, 2017
Netanyahu has washed his hands of this bill, because of the obvious conflict of interest with multiple corruption investigations ongoing related to him. Instead, Netanyahu spent the week fiddling while the coalition burned – to a point. On Sunday, Netanyahu said he wants nothing to do with legislation meant to save him, deeply undermining Bitan’s posturing.At the end of the day, it is Netanyahu who can decide whether there’ll be a Likud-initiated election, not Bitan, and not Amsalem, despite their self-importance.And Netanyahu has made it clear, over and over again, that he would like this coalition to last as close to a full term as possible, both in words and actions, like moving toward passing an early budget for 2019.And Netanyahu could very well get his wish – if he gets Bitan to stop antagonizing his coalition partners for a few days. •