Is there enough proof of criminal intent as opposed to mere problematic conduct? 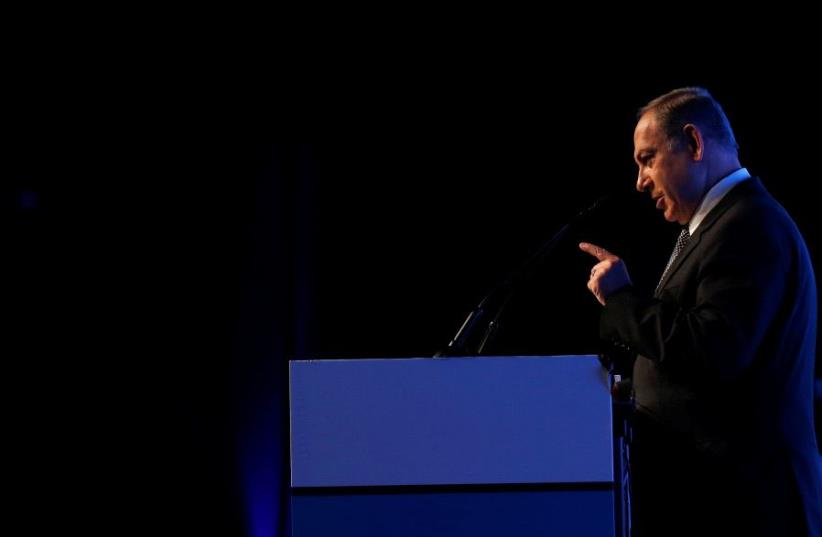 Israeli Prime Minister Benjamin Netanyahu delivers a speech in Tel Aviv, Israel January 31, 2017.
(photo credit: REUTERS/BAZ RATNER)
Advertisement
Can Benjamin Netanyahu survive as prime minister amid the latest rash of legal scandals? Already the subject of several investigations, Netanyahu, last week, was hit with a State Comptroller report stating that while he acted as communications minister, he failed to fully disclose information about his connections with Shaul Elovitch, the owner of Bezeq and Walla who himself is under criminal investigation.Failure to disclose is not always the end of the world; it is hard to prove intent to mislead or to prove a person did not honestly forget. But the revelations of Netanyahu’s non-disclosure did not occur in a vacuum.He already had failed to disclose anything about his connection with Elovitch and was given a chance to fix that non-disclosure in June 2016.He did not.A second lapse in memory is less believable than a first, and it is even less believable when all the fears of corrupt policy making his connection with Elovitch could lead to allegedly came to pass by order of Shlomo Filber, the Communications Ministry director-general and close Netanyahu aide.The drip, drip of the scandal makes it look like the prime minister twice misled authorities about his connection with Elovitch. And, after he was caught twice, he hand picked Filber to continue the dirty work.All of this occurs in an environment in which the prime minister is already under criminal investigation for Case 1000 (alleged illegal receipt of expensive gifts from rich businessmen) and Case 2000 (alleged media bribery scheme.) The key issues in both cases all along have been focused on if there is enough proof of criminal intent as opposed to mere problematic conduct. And how will Avichai Mandelblit rule with on-the-fence legal issues where the legal establishment itself is also split? One of the problems with establishing criminal intent has been a lack of hard quid-pro-quo evidence – what did Netanyahu’s alleged bribe-givers get? What concrete actions were taken in that regard? While there have been reports that Netanyahu may have tried to help gift-giver James Packer get a US visa, that was hardly a smoking gun. There was also no clear sign that Netanyahu received favorable coverage from Arnon Milchan, a part owner of Channel 10.The comptroller reports give evidence that Netanyahu tried multiple times conceal his media relationships, both with Elovitch and with Milchan, from authorities.Filber’s actions, if they come back to Netanyahu, show concrete action. Suddenly, there is potentially real proof of intent even without classical proof of bribery – money changing hands.The media-bribery scandal also now looks worse. Channel 10 recently reported that Netanyahu spoke to Sheldon Adelson about his alleged scheme with Yediot Aharonot owner Arnon Mozes to help Yediot at the expense of Adelson’s Israel Hayom. That starts to disarm the idea that Netanyahu was not serious about the scheme.More importantly, when you put the discussions with Mozes together with multiple non-disclosures to authorities about Elovitch and the actions of Filber, giving Netanyahu the benefit of the doubt when it comes to intent is a bit much.Mandelblit is also now under greater pressure to indict Netanyahu if the case is borderline.The comptroller questioned why Mandelblit let Netanyahu stay on as communications minister, why he withheld damaging information about Netanyahu’s prior decision from the public, and why he did not restrain Filber.If parts of the media called Mandelblit’s objectivity in dealing with Netanyahu into question before, the comptroller is now also on the list of Mandelblit’s critics.Nevertheless, Netanyahu still has a fighting chance because even all the additional issues are not bulletproof in court.If he goes down from his legal woes, however, the cliché of the cover-up being worse than the crime once again will be the headline.