Will safety fears bring spinner craze to a halt?

Standards Institution of Israel says popular toys are being tested after US agency warns of choking hazard. 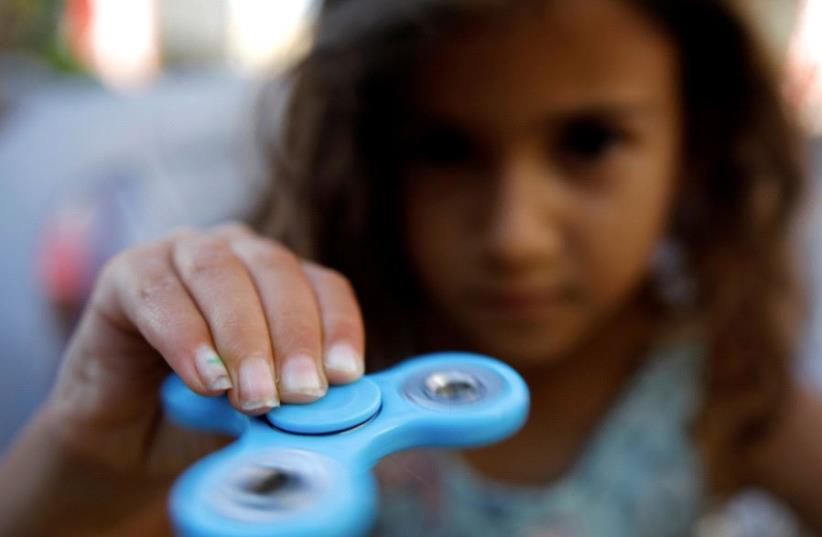 A girl performs tricks using a fidget spinner during a contest held in Ashdod, Israel May 11, 2017
(photo credit: REUTERS)
Advertisement
Are safety considerations going to bring the global fidget spinner craze to a stop? In the wake of U.S. warnings over the choking hazard threat posed by the immensely popular fidget spinner toy, here in Israel, the Standards Institution of Israel has launched ts own investigation into the product to see whether it meets the toy safety standards set out by the state."CPSC is investigating the incidents with kids swallowing fidget spinners in Texas and Oregon," the Consumer Product Safety Commission wrote in a statement to ABC News. "We advise parents to keep these away from young children because they can choke on small parts. Warn older children not to put fidget spinners in their mouths." In a statement issued Monday, the Standards Institution of Israel said the spinners "are tested similarly to all toys sold in Israel," and that "toy inspections are in place to guarantee that children who play with toys in a reasonable way will be safe from the risks of toxic poisoning, choking, sharp edges and more." The institution went on to note that it was up to parents to make sure their children followed manufacturer instructions on safe use of the toy. The US investigation was launched after a 10-year-old girl in Texas required an operation after accidentally swallowing part of the toy. In the Oregon case, a five-year-old was rushed to hospital after nearly suffocating from ingesting the toy.Here in Israel a 13-year-old from Rishon Letzion was treated in hospital after a part of the spinner lodged on his finger and proved impossible to remove.Many primary schools in Israel have forbidden students from bringing the revolving toy to classes after they proved to be a major distraction.