Winners and losers in the Shabbat train scandal

Though the dust hasn’t settled, Litzman and the haredim have been hurt while Lapid and Katz have gained. 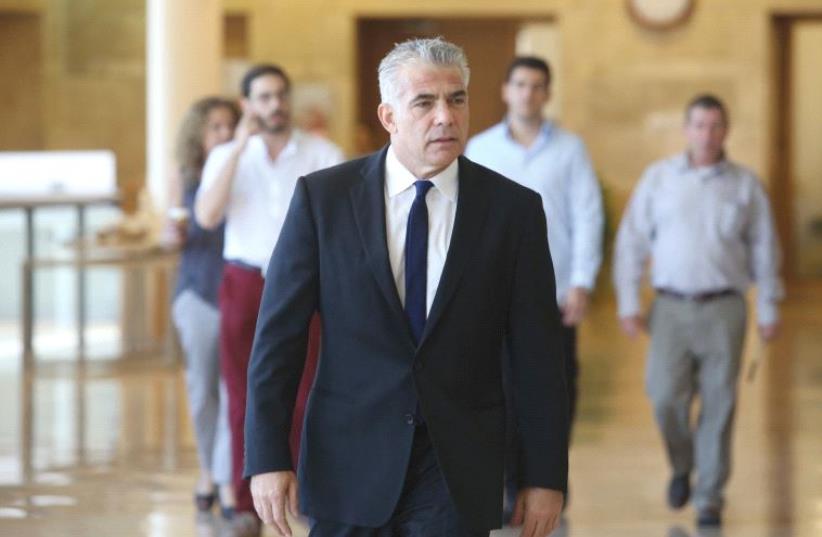 Bayit Yehudi/Yisrael BeytenuWith all the noise about Lapid following that surprising poll, no one seems to have noticed that Yesh Atid was not the only party that did well.Bayit Yehudi, which has eight seats in the current Knesset, was predicted to rise to 14. Yisrael Beytenu, which won six seats in the last election, received 10 in the poll.Those extra seats were won in the poll at the expense of Netanyahu’s Likud. In the last election, Netanyahu raided the Likud’s political satellite parties successfully.There is no guarantee he will be able to do it again.Yisrael Beytenu head Avigdor Liberman and Bayit Yehudi leader Naftali Bennett were silent this week, busy meeting American Defense Secretary Ashton Carter and starting the school year respectfully. To keep their support, Liberman and Bennett need to just keep doing their jobs.Labor and Social Services Minister Haim KatzThis judgment of Katz as a winner could be out of date by Saturday, if the train crisis continues. But at the time this is being written, Katz looks like the country’s savior.The High Court of Justice ruled that he and only he is in charge of deciding whether government employees will work on Shabbat. Netanyahu deferred and gladly handed Katz the hot potato.Katz released a statement Thursday afternoon saying that only necessary work would be done this Shabbat, and the haredim were surprisingly silent. He has been meeting with all sides to prevent another blowup, and that silence could be the product of the fruit of the labor of the minister of labor.With his power as head of the Likud central committee and the respect shown to him by all sides, Katz could end up near the top of the Likud’s next Knesset list. An appointment as finance minister could follow.PollstersPerhaps the only profession more maligned in Israel than journalist and politician is taking polls.Pollsters were disgraced following their poor performance after last year’s election.Well, they’re back.Suddenly, Midgam’s Mano Geva and Mina Tzemach were the talk of the town at the same time pollsters were given the limelight in the American elections.Israelis are addicted to polls, and that apparently is not going to change.Like the NFL stars, the pollsters are playing again, and they will continue to play, no matter how many times they fumble and get tackled.
Advertisement
Subscribe for our daily newsletter