The new fund will be called JVP VIII, as it is the venture capital firm’s eighth fund. 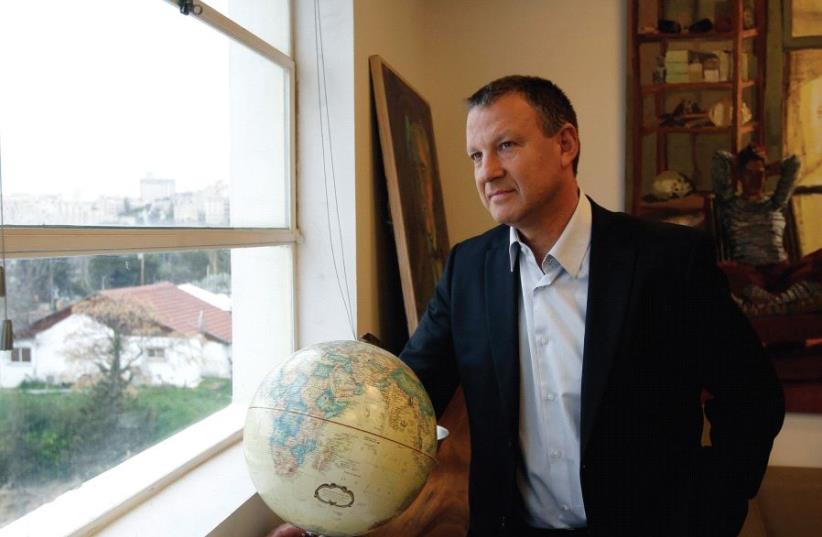 Erel Margalit
(photo credit: REUTERS)
Advertisement
One of Israel’s largest venture capital firms, Jerusalem Venture Partners, is increasing its newest $200-million fund in light of growing investor interest, according to a filing with the US Securities and Exchange Commission.The fund value was updated on Tuesday, after JVP first filed in February – with the intention to initially raise $168m.After less than four months, JVP had completed the goal with participation from 24 investors, according to an industry source knowledgeable about the fund and who spoke with The Jerusalem Post.The new fund will be called JVP VIII, as it is the venture capital firm’s eighth fund, and the firm now plans on raising the remaining $32m.JVP has already started to invest in a few companies, as part of the new venture. The venture capital firm declined requests to comment, and demurred when asked which industries the fund would focus on.Alibaba – the giant Chinese e-commerce site – is reportedly an investor in the fund. Its CEO, Jack Ma, visited Israel last month and met with JVP’s founder and chairman, Erel Margalit.JVP has also received “a lot of requests from other investors to join the fund,” a source said.The Jerusalem-based firm relies predominantly on foreign investors, and to date JVP has helped start-ups make dozens of exits and IPOs.The firm invests in early stage and more established start-ups in a range of industries, including cybersecurity, big data, fintech, enterprise software, AI and the Internet of Things.Founded in 1993 by Margalit, a former Knesset member for the Labor Party, JVP has raised some $1.3 billion to date, along with investing in more than 120 companies.Separately, JVP announced the winners of its JVP NYC Play competition on Tuesday, with Israeli start-ups Vicarius and mmuze winning $1m.each.More than 120 start-ups from Israel and New York applied, according to the firm, with 16 headed to the semifinals and seven selected as finalists.Vicarius, a cybersecurity start-up, seeks to protect users from yet-to-be-discovered software vulnerabilities, by analyzing ongoing attacks to detect commonalities.Mmuze, an AI start-up, seeks to improve the e-commerce experience. The company has been deemed a vendor to watch by research firm Gartner.JVP Play aims to build “bridges of innovation and entrepreneurship between New York City and Israel,” the firm said in a statement. Margalit was on site to congratulate the start-ups.The competition also aims to grant the homegrown start-ups more exposure in raising capital from investors.“The competition has demonstrated how promising Israeli innovation is, and how important is the process of empowering companies and turning them into global leaders,” said Margalit.“I am excited to welcome the two new companies to the JVP family. Alongside the investment, they will receive support in turning their technologies into a successful business product and support in opening a new hub in New York,” he continued.