“This success shows that the hope of improving religious services is not lost, that they can reflect the needs of Israeli society while preserving Jewish law." 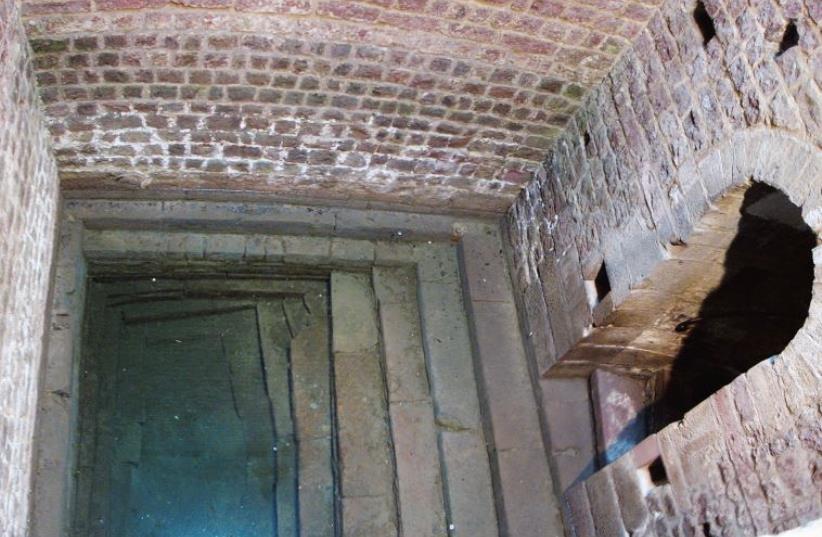 Pool of a medieval mikve in Speyer, Germany, dating back to 1128
(photo credit: Wikimedia Commons)
Advertisement
The Religious Services Ministry has updated its regulations in line with a recent decision by the State Attorney’s Office to allow women to immerse in public mikvaot without the presence of an attendant.This step marks the end of a battle by women’s rights groups and others to allow women to decide for themselves whether they want an attendant present.Previously, women who have asked to do so have been denied by the attendants at public mikvaot since the stance of the Chief Rabbinate and the Religious Services Ministry has been to deny such requests based on the traditional interpretation of Jewish law requiring a woman to be present to verify that the immersion was valid.Campaigners have argued, however, that an immersion can be considered valid even without someone to verify it, and that the ministry’s position infringed on the rights of women to privacy, religious freedom and human autonomy.The new regulations begin by emphasizing the Chief Rabbinate’s position that “the immersion of a woman requires the presence of a mikve attendant,” but adds that “the privacy of women immersing must be respected [and] responsibility for a valid immersion lies with those immersing themselves.”They explicitly state that if a woman asks to immerse without the presence of an attendant she should be allowed to do so “while being warned, with appropriate sensitivity, that responsibility for the validity of the immersion lies with the woman immersing.”The regulations also require that these updated directives be placed in writing at the entrance to public mikvaot, along with the warning of the chief rabbinate’s position.In recent years, women who approached activists groups said they felt vulnerable and uncomfortable about being naked in front of a relative stranger.Some, who had in the past been victims of sexual abuse unrelated to mikve usage, said the requirement to be naked in front of someone they did not know was psychologically traumatic.Rabbi Seth Farber, director of the ITIM religious services advisory group, which filed the petition to the High Court of Justice that led to the State Attorney’s decision, welcomed the new regulations.“This success shows that the hope of improving religious services is not lost, that they can reflect the needs of Israeli society while preserving Jewish law, and we will continue to act in this direction,” said Farber.