Police attempt to confiscate Torah scroll brought to the site, but are blocked by women worshipers. 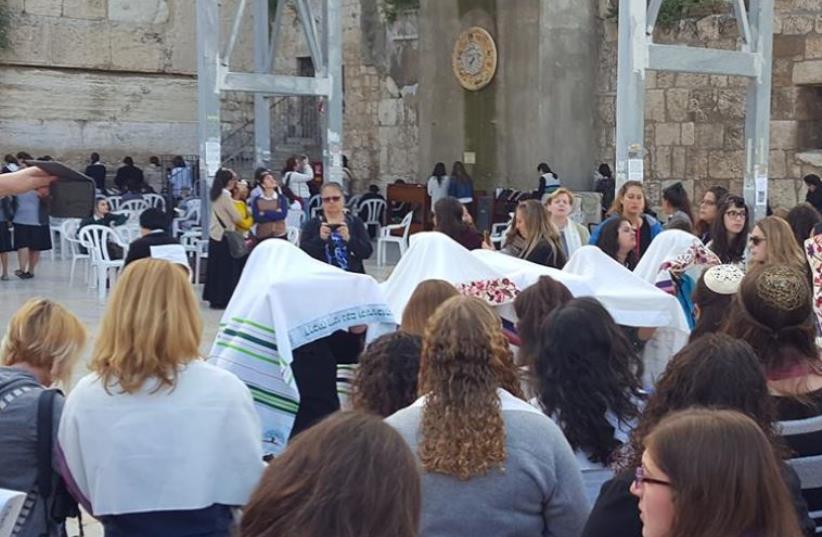 Women of the Wall hold Priestly Blessing ceremony at Western Wall
(photo credit: WOMEN OF THE WALL)
Advertisement
The Women of the Wall prayer rights group staged a priestly blessing in the women’s section of the Western Wall on Monday, despite a ruling by the attorney-general last month in which he refused to allow a similar blessing service during Passover.During the course of Monday’s morning prayer service for the new month, which WOW stages once a month, the group also managed to smuggle a small Torah scroll into the women’s section, which is prohibited by the regulations governing the Western Wall site. 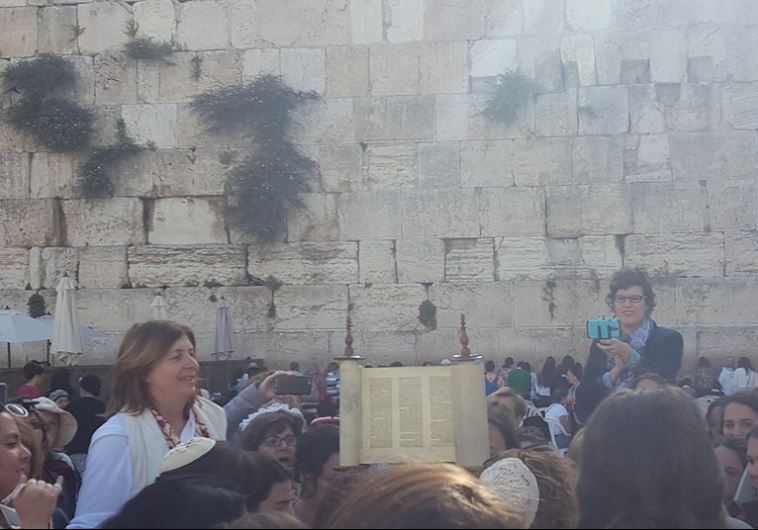 In March, WOW announced that they would be holding the first ever women’s mass “Birkat Cohanot,” a female version of the mass priestly blessing performed by men on Passover and Succot every year at the Western Wall. 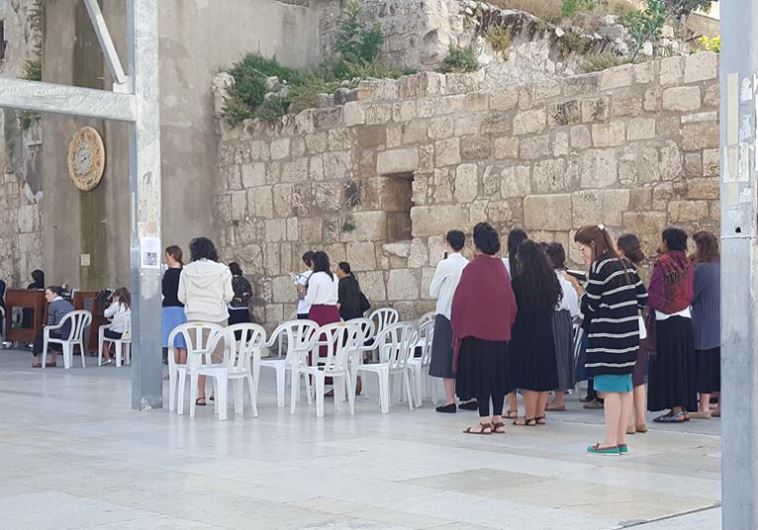 The announcement led to intense opposition from conservative national-religious and haredi groups, and Attorney-General Avichai Mandelblit banned the ceremony one day before Passover saying that it contravened the Regulations for Protecting Jewish Holy Places, 1981, which prohibits “conducting a religious ceremony that is not in accordance with the customs of the site.” According to WOW, approximately 100 women took part in Monday’s service and video footage posted by the group on its Twitter feed shows five women performing the ceremony.

Before the women had read from the Torah, several police officers monitoring the prayer service approached the women and attempted to confiscate the scroll. The women surrounded the prayer platform tightly to prevent the confiscation of the Torah scroll and blocked the police officers from reaching it. The service carried on and was completed with an additional priestly blessing for the special Mussaf service recited on the new month.
Advertisement
Subscribe for our daily newsletter