“Diversity is important in the labor market to both society and the economy and I call on employers to incorporate excluded populations so as to reduce social gaps,” Netanyahu said. 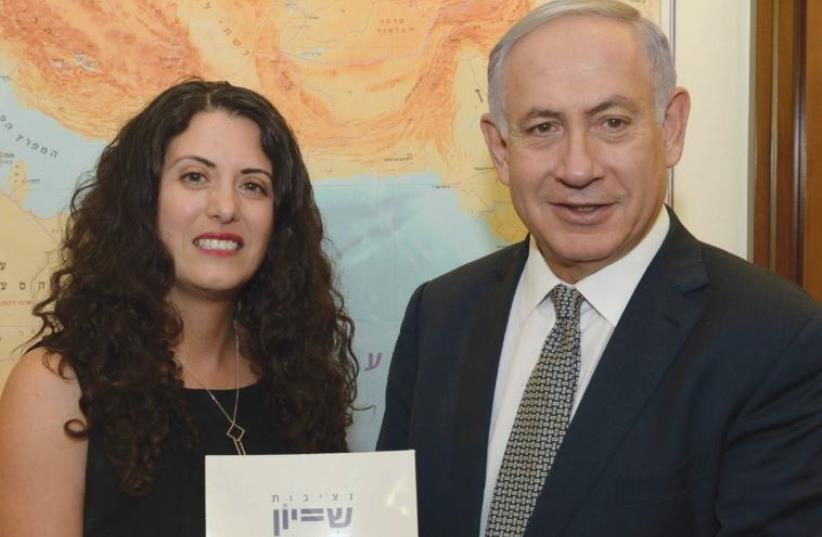 EQUAL EMPLOYMENT Opportunities Commissioner Mariam Kabaha submits the commission’s 2015 report to Prime Minister Benjamin Netanyahu yesterday.
(photo credit: GPO)
Advertisement
The Equal Employment Opportunities Commission at the Economy Ministry saw a 146 percent increase in 2015 of complaints of discrimination due to ethnic origin, according to its annual report.EEOC national commissioner Mariam Kabaha submitted the 2015 annual report to Prime Minister and Economy Minister Benjamin Netanyahu this week.“The main challenge faced by the labor market is the ability to include and integrate all of the population sectors in Israel,” Kabaha said.Netanyahu praised the commission’s work as being of “great social importance.”“Diversity is important in the labor market to both society and the economy and I call on employers to incorporate excluded populations so as to reduce social gaps,” he said.According to the findings of the report, the EEOC dealt with 729 complaints in 2015. A sharp rise was noted regarding complaints due to ethnic origin – 69% of these complaints from people of Ethiopian origin. Similarly there was also an increase in complaints due to gender (29%) and nationality (23%).According to the EEOC, this increasing trend indicates a rise in the sense of legitimacy to complain felt by employees of Ethiopian origin, following protest events last year.Furthermore, the commission noted that the trend of more complaints due to nationality, that began in 2014 and increased during 2015, “emphasizes the repercussions of Operation Protective Edge and the wave of terrorist attacks in Israel over recent months, on employees from Arab society, who suffer from increasing difficulties in keeping their jobs.”On a positive note, in 2015 there was a 6.6% drop in the overall number of complaints to the EEOC, particularly due to the fall in the number of complaints due to pregnancy, which comprises around one third (31%) of total complaints.Similarly to previous years, the report revealed that in 2015 around two thirds (61%) of the complaints were from women, while just over a third (37%) were from men.The most frequent reasons for men’s complaints during the past year are military reserve duty (16%), age (15%), nationality (13%), pregnancy (of their partners – 10%), ethnic origin and religion (7% for each reason).In general, the report revealed that men complain about a wider variety of reasons, while for women complaints are most often connected with the responsibility of parenting.The EEOC commissioner noted that during 2015 the EEOC began holding a series of training and guidance sessions for employers and managers regarding various areas of the labor market focusing on providing tools for recruiting a variety of employees and employee retention from a range of population sectors.“The EEOC has set the goal of providing employers and employees with the tools to create a diverse and equal labor market, and the challenge now is building together a labor market that is based on opportunities, diversity and inclusion,” she added.In the coming months, the EEOC will launch an innovative tool – the first of its kind in Israel: the business variety index. The index will reflect the representation and salary situation of several population sectors that suffer from exclusion and discrimination in the labor market.