The airline operated in Israel and offered several low-cost flights a week to and from North America including Canada. 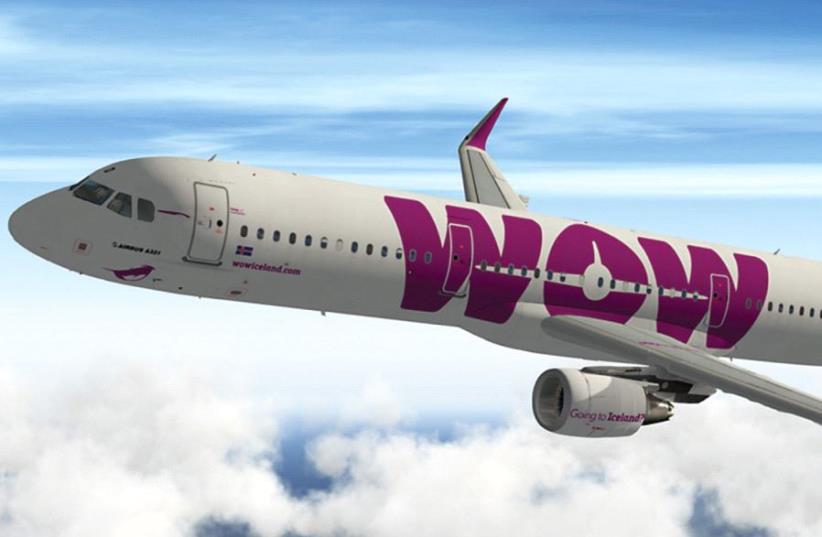 WOW plans to operate four weekly flights from Tel Aviv to Reykjavik beginning on June 9
(photo credit: Courtesy)
Advertisement
Thousands of passengers have been left in the dark after it was discovered that WOW Airline has ceased all operations.The Icelandic carrier, known for its incredibly cheap flights, has been dealing with financial woes and debt of late, and had been in funding talks with investors about the matter.In July 2018, the airline announced that it would be suspending its Israel-North America via Iceland services, citing "operational, commercial, logistical reasons and considerations."Three months later, however, WOW said it would be resuming four weekly flights to and from Israel from summer 2019. The planned resumption of flights will no longer occur.On its website, the airline has the following message: “Wow Air has ceased operation. All Wow Air flights have been cancelled," adding that “some airlines may offer flights at a reduced rate, so-called rescue fares, in the light of the circumstances.”WOW, focused on low-cost travel across the Atlantic, also advised passengers to check available flights with other airlines.The announcement from WOW came after it had earlier postponed flights on Thursday as it entered the final stages of an equity raising with a group of investors.It was founded in 2011 with flights beginning in 2012. It has a staff of about 1,000 and over last year it said that it had carried some 3.5 million passengers.