Steve Linde to step down after five years at helm. 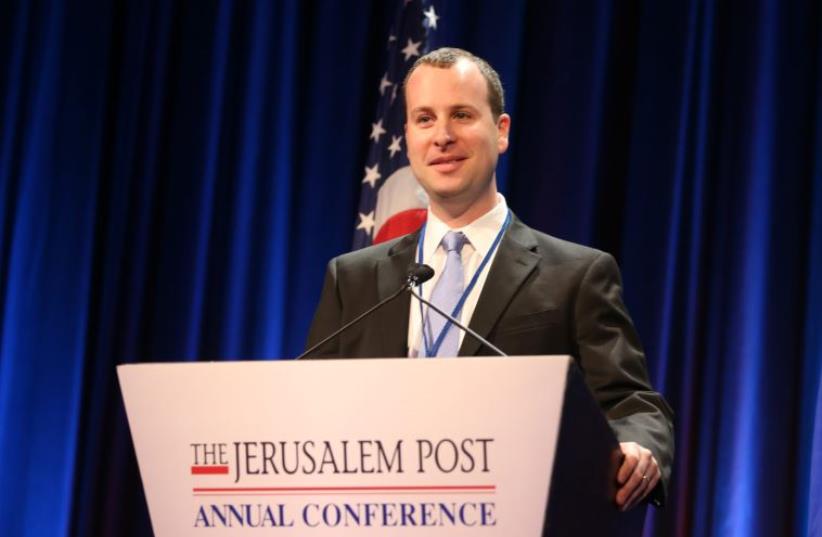 Yaakov Katz speaking at the JPost Annual Conference
(photo credit: MARC ISRAEL SELLEM)
Advertisement
Yaakov Katz has been named the new editor-in-chief of The Jerusalem Post, the newspaper announced Wednesday.The 36-year-old Katz served as as the paper’s military correspondent and defense analyst from 2005-2013. For the last two years, he has served as a senior policy advisor to Minister Naftali Bennett at the Ministry of Economy, Ministry of Education and Ministry of Diaspora Affairs. He will replace Steve Linde who is stepping down after five years in the role.“I am honored to replace the amazing Steve Linde and head The Jerusalem Post, Israel’s leading English-language newspaper and a pillar of journalistic integrity and distinction for the past 84 years,” Katz said Wednesday.“Alongside the newspaper’s devoted staff, including writers, editors and designers, I look forward to continuing The Jerusalem Post legacy and provide readers with the best news, commentary, and analysis about the State of Israel, the Middle East, and the Jewish world.”Linde has filled a myriad of roles during his 20 year career at the paper and plans to continue working with his ‘Post’ colleagues in the future.“It has been a privilege and an honor to serve at the helm of this fine newspaper,” he said.Ronit Hasin-Hochman, CEO of The Jerusalem Post Group, praised Linde for his two decades of exemplary service,.“His contribution to The Jerusalem Post, fortifying its position as the leading English-language newspaper in Israel and the most widely read by Diaspora Jewry is immeasurable and for that we thank him – myself, the editorial staff and our readership, both in print and online.”In addition to his previous work for the paper, Katz is the co-author of two books, Israel vs. Iran: the Shadow War and Weapon Wizards – How Israel Became a High-Tech Military Superpower which will be published in January, 2017.The Chicago-born native also serves as a faculty member at Harvard’s Extension school, where he lectures on journalism and media and was a fellow at the school’s Neiman Foundation for Journalism. Katz will take up his new post next month.