Ya'alon on 'bad deal' with Iran: Israel must be prepared to defend itself

Ya'alon focused on the many defense issues the expected agreement ignores, calling it "full of holes." 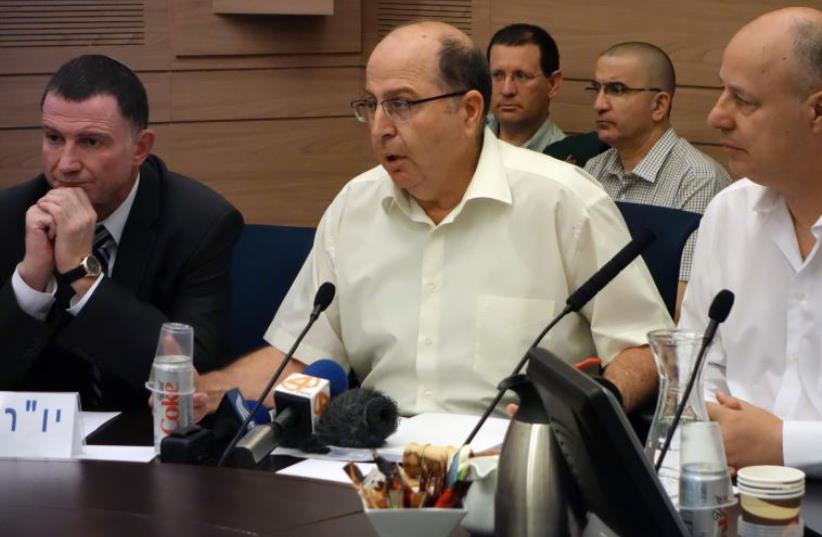 Defense Minister Moshe Ya'alon briefs Knesset Foreign Affairs and Defense Committee‏
(photo credit: ARIEL HERMONI / DEFENSE MINISTRY)
Advertisement
The world powers’ deal with Iran is a bad one, ignoring that Tehran continues to develop long-range missiles and sponsor terrorism, Defense Minister Moshe Ya’alon said at the opening of a Knesset Foreign Affairs and Defense Committee meeting Monday.“Even if there are some last-minute improvements, the agreement as we understand it is bad, allowing Iran to legitimately be a nuclear-threshold state, with all that implies,” Ya’alon said.The agreement could spark an arms race in the Middle East, the defense minister warned, saying that Saudi Arabian, Egyptian and Turkish officials have talked about the need to arm their countries.Ya’alon focused on the many defense issues the expected agreement ignores, calling it “full of holes.”“This agreement will not lead to the closing of nuclear site or to the destruction of one centrifuge,” he said. “It somewhat limits the pace of uranium enrichment, but it leaves a lot of holes, like what the military can use and what kind of supervision there will be from now on.”The defense minister also pointed out that long-range missiles were not discussed. Iran is already capable of striking Israel and all of Europe, and Tehran plans to develop missiles that can reach the east coast of the US, he added.“What concerns us every day is Iran’s terrorist activity against us, through arming Hezbollah and funding Hamas and Islamic Jihad and giving them information to develop weapons, and their attempt to open a terrorist front against us in the Golan,” he said.Iran is undermining other states in the region, like Yemen, where it backs the Houthis, impacting Bahrain, Saudi Arabia and other Middle Eastern states, while the talks were ongoing, but that was not mentioned, either, Ya’alon said.“After the agreement, we’ll have Iran on the nuclear threshold and continuing to sponsor terrorism. Iran is mostly concerned with when and how sanctions will be removed. When they have more money to pay for these activities, Iran will be a greater threat not only to Israel but to the whole world,” he added.Ya’alon concluded that “the bottom line is, a bad deal is coming, and after it, we will have to be prepared to defend ourselves on our own.”