A relative of the memento's owner will be in attendance at Donald Trump's visit to Israel's Holocaust memorial, Yad Vashem. 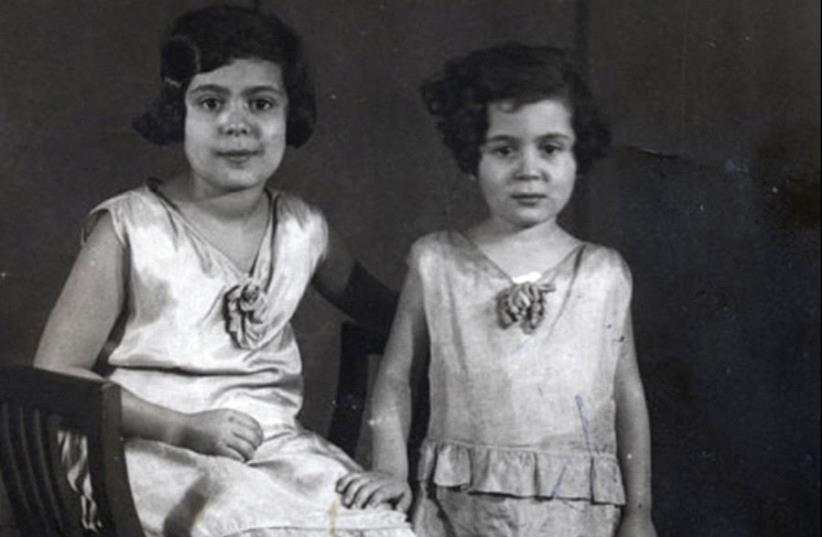 Ester and Margot Goldstein
(photo credit: YAD VASHEM)
Advertisement
Yad Vashem announced on Sunday that its chairman Avner Shalev will present US President Donald Trump with a replica of a personal album that belonged to Holocaust victim Ester Goldstein, during the president’s visit on Tuesday.Her album – donated to Yad Vashem by her sister Margot Herschenbaum – contains messages of hope and friendship written by her family and friends. The first entry is from 1937, when Ester was 11 years old, and the final one is dated September 16, 1942, about a month before Ester was deported to Riga, Latvia, where she was subsequently murdered at the age of 16.Herschenbaum, the sole survivor of her immediate family who was rescued on a Kindertransport to Australia, will attend the presidential event. The album came into her possession after the Holocaust, when her cousin David Werner returned to the Goldstein family home in Berlin, where a neighbor gave him a box of papers that she had kept safe throughout the war. Among the papers was the album, which she later donated to Yad Vashem for safekeeping.Yad Vashem explained that the album was chosen because “it offers a glimpse into the life of a young girl, that was tragically cut short.... The album also allows us to tell the story of the fate of those who were murdered and survived.”Shalev will accompany Trump and first lady Melania Trump during the visit, alongside Prime Minister Benjamin Netanyahu and his wife, Sara, as well as Chairman of the Yad Vashem Council Rabbi Israel Meir Lau.The visit to the Holocaust memorial has caused a stir in Israel, as it was initially unclear whether it would take place, and then reportedly cut from half an hour to 15 minutes at the request of US officials. A statement released by Yad Vashem on Sunday noted that “while the president’s visit to Israel is brief, he has chosen to commemorate the six million Jewish victims of the Holocaust by participating in a memorial ceremony in the Hall of Remembrance.”Yad Vashem also told The Jerusalem Post that the schedule for official visits to Yad Vashem is not standardized by protocol and that each visit is unique, personalized and directly related to the length of time the official spends in Israel and at Yad Vashem.Trump will rekindle the eternal flame and lay a wreath on a stone slab under which ashes from extermination camps are buried. A cantor will sing “El Maleh Rachamim,” a Jewish prayer for the souls of the victims of the Holocaust, and Trump will be invited to sign the Yad Vashem guest book.The nature of Trump’s visit to the memorial is of particular interest in light of the shaky start his administration got off to regarding matters pertaining to the Holocaust.In his first statement about the Holocaust as president, Trump sparked controversy by omitting any mention of the Jews on International Holocaust Remembrance Day.The White House defended its statement, noting that Jews were not the only victims of Nazi slaughter.Several days later, Yad Vashem put out a statement stressing “to all that the Holocaust was the unprecedented genocide of six million Jews… which sought the annihilation of the Jewish people, its culture and its heritage.”Last month, Yad Vashem urged White House Press Secretary Sean Spicer to visit its website and learn about the Holocaust after he – while discussing a suspected chemical weapon in Syria – said that Adolf Hitler did not use chemical weapons.