The film was broadcast just 24 hours before the keynote rally in memory of the slain premier at the Tel Aviv square that bears his name on Saturday. 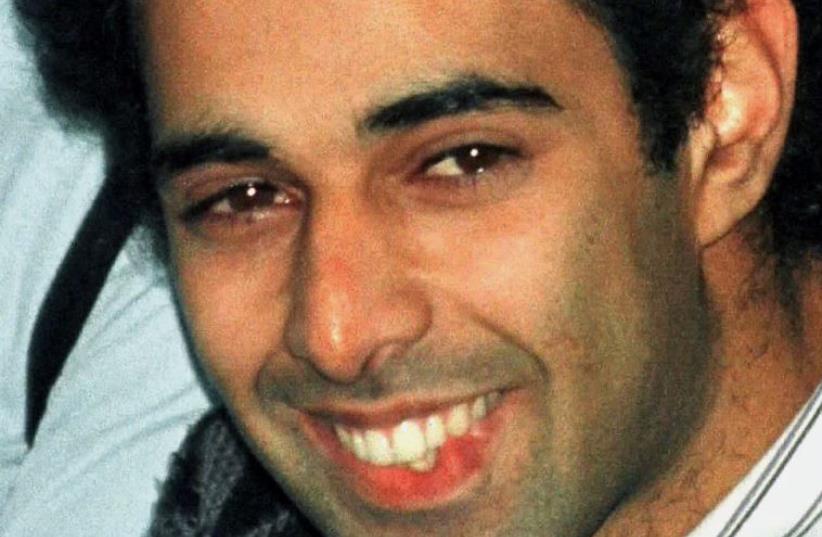 Yigal Amir, Yitzhak Rabin's assassin
(photo credit: REUTERS)
Advertisement
Hagai Amir, the brother and co-conspirator of Yitzhak Rabin's assassin, Yigal Amir, told Channel 1 on Friday that he knew they would somehow succeed in killing the prime minister "after my brother told me that he was willing to die [in order to see the mission through].""Rabin was the target because we saw him as the one leading [the government's diplomatic policies]," said Amir to reporter Yael Aravah, who described in detail how he and his brother planned to derail the Oslo Accords.The segment was broadcast just 24 hours before the keynote rally in memory of the slain premier at the Tel Aviv square that bears his name on Saturday."We were looking for people who were willing to take part [in the assassination]," Amir said. "But people just weren't willing to go to jail."Amir said that he and his brother began thinking of various ways to kill Rabin, including sniper fire. "Three months before [the assassination], my brother comes to me and says that he is willing to die for this," Amir said. "At that moment, all possibilities opened up for us because when someone is willing to die for something, then you could do many more things."On the day of the assassination - November 4, 1995 - Amir said he and his brother conversed that entire Saturday until sundown."He told me that he wanted to go to the square in Tel Aviv [where Rabin was speaking]," Amir said. "I said, 'There's no way you'll succeed [in getting to him] because of all that security.""I didn't even notice that he left the house," Amir said. "I didn't see him afterward. I went to bed relatively early. I watched a movie, and when they immediately cut into the film with a news flash, I understood what had happened. I didn't have any doubt."Amir said that his biggest fear was his brother being killed after failing in the assassination attempt."So I was happy when I saw that he was alive and everything was okay," he said. Amir told Channel 1 that he was pleased his brother carried out the assassination because it prevented worse tragedies that he believes would have occurred had Rabin lived, including the eventuality that he would have to fight IDF soldiers.A Tel Aviv judge ordered Hagai Amir released to five days’ house arrest on Wednesday, the day after he was arrested for a Facebook post that allegedly incited against President Reuven Rivlin.Magistrate’s Court Judge Guy Saguy issued the ruling following an appeal by Amir and his attorneys of a ruling earlier in the day by Judge Yaron Gat to keep Amir in custody until Thursday morning.Saguy said that, although Amir’s Facebook post was “reprehensible,” he didn’t think that it constituted a reason to keep him in custody nor did he think that the investigation required Amir be kept in custody.Amir will spend his confinement at his cousin’s house in the West Bank settlement of Shavei Shomron. He was also required to pay NIS 30,000 bond and is banned from using the Internet during his house arrest.In the original hearing on Wednesday, Gat said that he decided to keep Amir in custody not only because of the evidence presented by police, but also because of “the tense public atmosphere recently, and the unbridled militancy that has recently been washing over social networks.”In recent weeks, Israeli and Palestinian analysts alike have spoken repeatedly about the influence of social networks – particularly Facebook – during the ongoing wave of violence in Israel and their ability to spread incitement and hate speech.Ben Hartman contributed to this report.