The incident occurred July 2 in a fierce debate in the Knesset plenum over the Taylor Force Law. 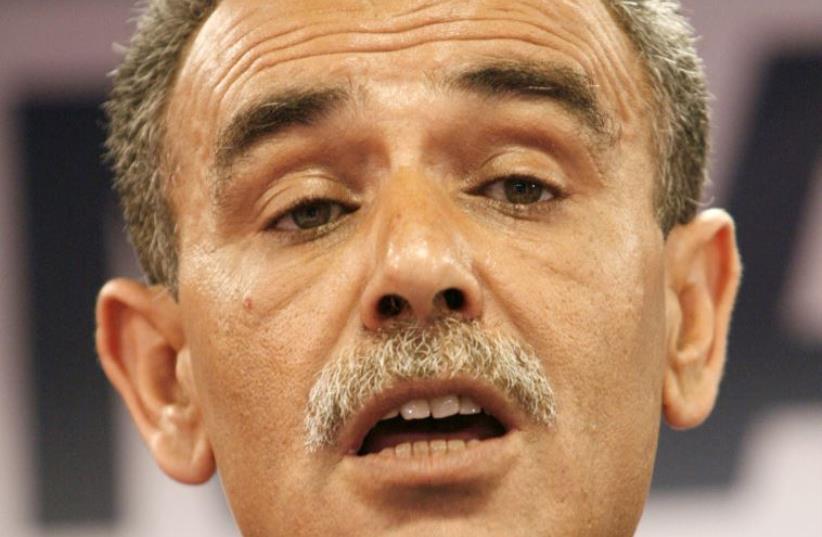 Joint List MK Jamal Zahalka
(photo credit: REUTERS)
Advertisement
The Knesset Ethics Committee decided Wednesday to distance Joint List MK Jamal Zahalka from the Knesset plenum for an entire month, to punish him for calling Knesset Foreign Affairs Committee chairman Avi Dichter a murderer of innocents.The incident occurred July 2 in a fierce debate in the Knesset plenum over the Taylor Force Law, in which the Knesset decided to withhold the amount of funds to the Palestinian Authority that it gives as monthly stipends to terrorists and their families.Dichter gave examples of murderers who receive a share of the NIS 1.2 billion a year the PA distributes in monthly stipends, which will be frozen due to the law.Zahalka responded by accusing Dichter, who headed the Shin Bet (Israel Security Agency), of being “responsible for the deaths of dozens if not hundreds of people.”“Who is the terrorist here?” Zahalka asked the MKs in the plenum. “The one who listens to classical music, listens to Beethoven, and pushes a button for a plane to kill 100 innocent people.”Zahalka called other MKs terrorists and murderers and suggested that their salaries be taken away, rather than those of the Palestinians serving sentences in Israeli prisons.The Ethics Committee noted other incidents in which Zahalka has made similar statements and had been sanctioned by the committee. It decided to give him a relatively harsh sentence because he is a repeat offender.Zahalka is due to begin serving the sentence when the Knesset comes back from its extended summer and holiday recess on October 14, until November 13. During that time, he will be allowed into the plenum only to vote.