“Zion Square in the historic heart of downtown Jerusalem – which for many years attracted protests, demonstrations and clashes – will soon become a square to represent tolerance and mutual respect." 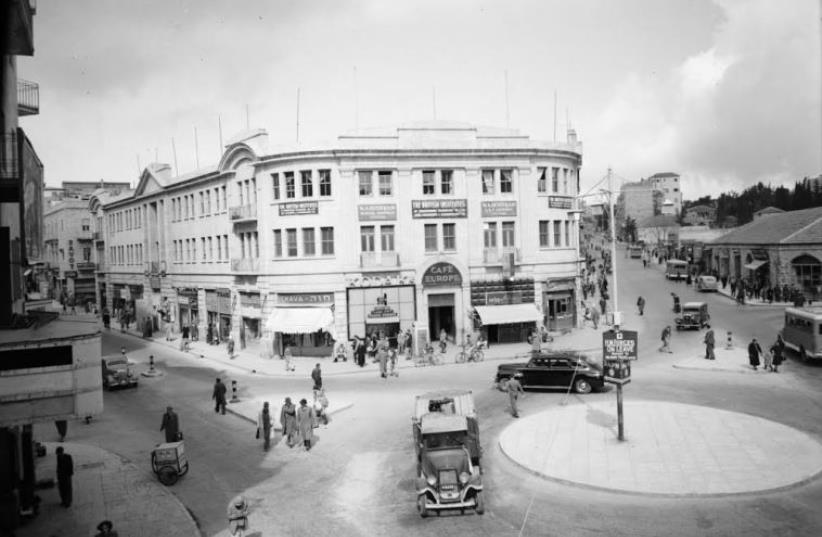 AN IMAGE of Zion Square circa 1939.
(photo credit: COURTESY JERUSALEM MUNICIPALITY)
Advertisement
A NIS 60,000 prize will be rewarded to the architectural redesign of Jerusalem’s iconic Zion Square that best engenders tolerance to honor the memory of Shira Banki, who was stabbed to death by a religious extremist last July during the capital’s annual Gay Pride Parade.The competition, announced by the Jerusalem Municipality Monday night, is intended to engender greater empathy and compassion among the capital’s numerous warring religious and political factions.“Zion Square, in the historic heart of downtown Jerusalem – which for many years attracted protests, demonstrations and clashes – will soon become a square to represent tolerance and mutual respect in the spirit of the late Shira Banki, murdered during the Gay Pride Parade,” the municipality said in a statement.Banki’s mother, Miki, will join a panel of judges for the contest. The 16-year-old was murdered by ultra-Orthodox extremist Yishai Schlissel, who also seriously wounded five others in a stabbing rampage at the parade in downtown Jerusalem.Schlissel, who was released from prison shortly before the attack after serving a 10-year prison sentence for stabbing three people during the 2005 Gay Pride Parade, wrote a letter announcing his intent to carry out the 2015 assault.“It is the obligation of every Jew to keep his soul from punishment and stop this giant desecration of God’s name next Thursday,” he wrote in the missive.Noting the history of protests and conflicts in the square, Jerusalem Mayor Nir Barkat said he decided to create the competition after meeting with Banki’s parents to encourage mutual respect and understanding.“We decided together with the Bankis to make the square a place that promotes connection, tolerance and mutual respect, as represented by their late daughter,” Barkat said.The second-place winner will be awarded NIS 20,000, and third place will receive NIS 10,000.The criteria and deadline for the competition remain unclear.