Earlier this week, it was announced that Trump is scheduled to fly to Israel and meet with Prime Minister Benjamin Netanyahu. 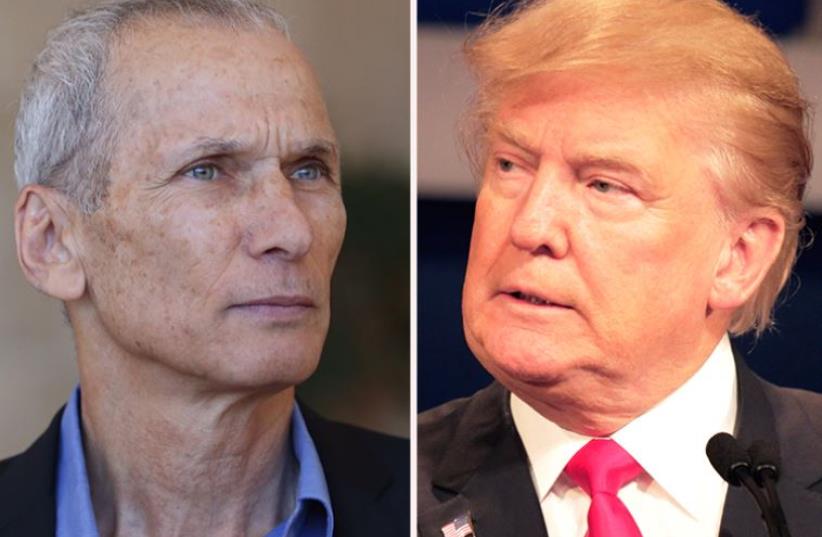 Bar Lev and Trump
(photo credit: REUTERS,MARC ISRAEL SELLEM/THE JERUSALEM POST)
Advertisement
Member of the Knesset Omer Bar Lev (Zionist Union) said that Republican US presidential candidate Donald Trump is a racist and should not be welcomed to the Knesset, according to a post he place on Twitter Wednesday morning.

As far as it depends on me, this racist @realDonaldTrump should not be welcome in the @knessetisrael pic.twitter.com/OC6AfyX2Na

"Until we figure out the danger neonazis like Trump pose, we cannot let him enter into the Knesset.""Though the things he said are not unfamiliar to some of those here who serve in the Knesset," Tibi added.On Monday, Trump called for blocking Muslims, including would-be immigrants, students, tourists and other visitors, from entering the United States following last week's California shooting spree by two Muslims who authorities said were radicalized.It was the most dramatic response by a presidential candidate following the San Bernardino, California, rampage, even as other Republicans have called for a suspension of President Barack Obama's plan to allow in some refugees from Syria.Shortly after the remarks were made, The White House on Tuesday said Republican presidential front-runner Donald Trump's call for the United States to ban Muslims from entering the country disqualified him from becoming president and called on Republicans to reject him immediately.Earlier this week, sources in the Prime Minister’s Office confirmed that Republican presidential candidate Donald Trump has asked for a meeting with Prime Minister Benjamin Netanyahu, and that the Republican candidate is expected to come to Israel before the end of the month. Trump has not asked to visit the Knesset. Reuters contributed to this article
Advertisement
Hot Opinion