By YAAKOV KATZ
MARCH 28, 2010 04:50
gaza strip idf tank 311
(photo credit: ASSOCIATED PRESS)
Advertisement
IDF troops pulled out of the Gaza Strip on Saturday after entering the area to confront terrorists placing bombs just over the border. The incursion led to some of the most intense clashes since the end of Operation Cast Lead over a year ago and left two soldiers dead, one of them a deputy battalion commander.On Friday evening, Maj. Eliraz Peretz, 31, from Eli, deputy commander of the Golani Brigade’s 12th Battalion, and St.-Sgt. Maj. Ilan Sviatkovsky from Rishon Lezion were killed during combat with Palestinian gunmen in the southern Gaza Strip, near Khan Yunis. 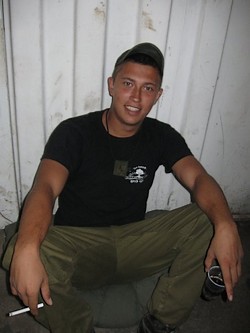 Peretz led a force into Gaza after two Palestinians were spotted laying improvised explosive devices near the border security fence. During the ensuing fire exchange, a grenade in Peretz’s vest was hit by a bullet and exploded, killing him and wounding two of his soldiers. Sviatkovsky was then shot and killed as well.Both of the Palestinian gunmen were killed.Two hours later, a tank unit spotted another two Palestinians placing bombs along the border, and killed them.Peretz’s brother, Lt. Uriel Peretz, 22, of Givat Ze’ev, was killed by a Hizbullah bomb along with St.-Sgt. Nitzan Balderan, 19, of Kibbutz Lotem, on November 25, 1998, when the IDF was still deployed in the security zone in south Lebanon. Both men were in the Golani Brigade. The family has another brother serving in Golani Battalion 13. The third brother participated in Operation Cast Lead last year.Related:
'No mother wants her son to die'
Analysis: Is Israel’s deterrence losing steam?The weekend’s hostilities took place as Prime Minister Binyamin Netanyahu and his inner cabinet known as the “Septet” were meeting in Jerusalem. The Prime Minister’s Office issued a statement on Friday evening saying that Netanyahu “joins in the grief of the families of soldiers who died today protecting the state, and hopes for the quick recovery of the soldiers who were wounded.”“This is a hard day for the State of Israel and for the Israel Defense Forces,” Netanyahu said.The prime minister added that “Israel’s strong stance against those who wish to harm its civilians and soldiers is well known.” 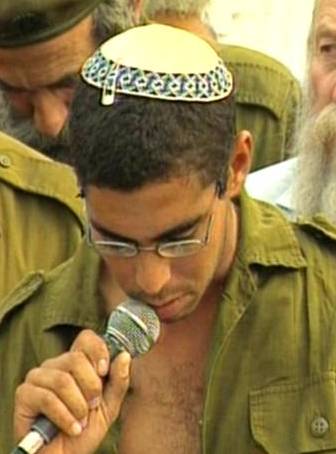 Defense Minister Ehud Barak warned on Friday that were Hamas to “loosen its grip” on terrorist activity in the Gaza Strip and allow further incidents to occur, there would be “ramifications.”Speaking to Channel 2, he said Hamas – which claimed responsibility for the ambush in which Peretz and Sviatkovsky were killed – would be held accountable for terrorism in the Strip.A major IDF response was unlikely, due to Pessah, which begins on Monday evening.  Officials said the response to the attack would probably include bombings of smuggling tunnels and Hamas military targets.Hamas spokesman Abu Obeida told Hamas radio that IDF forces “fell into an ambush” set by Hamas men east of Khan Yunis. He did not elaborate. He said IDF troops entered 500 meters into Gaza, “but our men preempted them.”He added that the action was in revenge for the killing of Hamas official Mahmoud al-Mabhouh, for which Hamas blames Israel.Islamic Jihad also claimed responsibility for the attack, saying it was intended to kidnap a soldier.On Saturday, two Kassam rockets were fired at Israel. One fell inside the Strip, while the other exploded near a kibbutz in the Sha’ar Hanegev area. No one was hurt, and no damage was caused.Responding to the attack, IDF tanks and armored bulldozers swept intothe Gaza Strip and cleared the area where the terrorists had plantedtheir bombs. Reuters quoted Palestinian sources as saying that five IDFtanks and two bulldozers had entered the Strip and fired shells attargets near Khan Yunis. The tanks were still in position at midnight,reportedly firing occasional rounds, but had withdrawn completely bySaturday afternoon.A military spokeswoman said that before withdrawing, IDF troops usedbulldozers to “flatten infrastructure used by terrorists to attacksoldiers.”
Advertisement
Subscribe for our daily newsletter