Kasparov: US must go after Putin if it wants to stop Iran’s 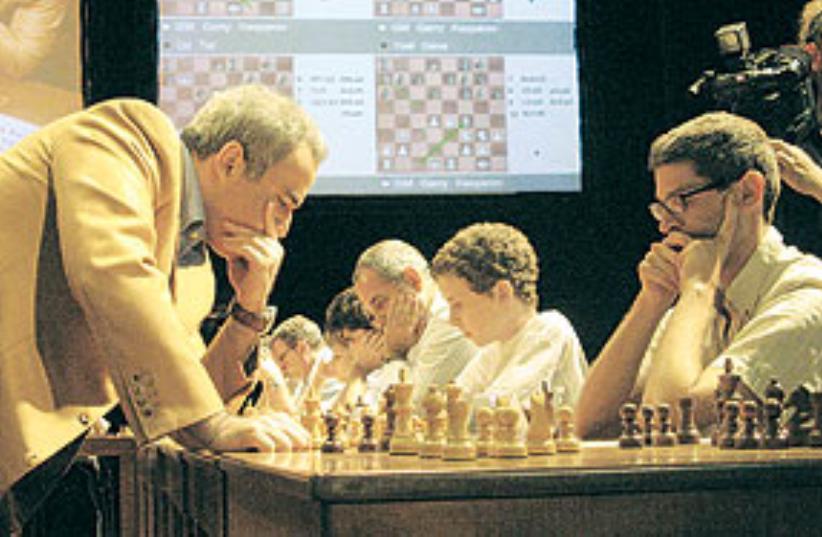 GaryKasparov311
(photo credit: Ron Friedman)
Advertisement
Garry Kasparov, the former world chess champion who has become one of the most outspoken critics of Vladimir Putin, said Monday that the only way to block Iran’s path to nuclear weapons was to tackle the Russian prime minister’s ongoing dealings with the mullahs’ regime in general and their nuclear program in particular.And the only way to do that, said Kasparov, was for the Obama administration to make plain to Putin that unless he changed course, there would be “real consequences for his [financial] well-being.”“Without Russia’s technical assistance, Iran wouldn’t be even close to a nuclear bomb,” said Kasparov, who in late 2007 made a short-lived bid to challenge for the Russian presidency and who has been arrested and briefly jailed in recent years after anti-Putin protests. The way to force Russia to abandon that assistance, he said, “is to make Putin listen… by going after his money.”Kasparov was interviewed by The Jerusalem Post on his first visit to Israel since 2005; he played Monday in a simultaneous chess match against 30 opponents within the framework of the prestigious Dan David Prize ceremonies at Tel Aviv University.“Iran will not stop [its pursuit of nuclear weapons] unless Russia is ready to join the sanctions,” said Kasparov, “because apart from the nuclear technology and the anti-missile defense systems, Russia is a main energy supplier.”That won’t change, he said, unless or until Putin is pressured effectively.“He’s not going to listen to your requests or your pleading, or [respond] to some kind of sweet deal,” said Kasparov witheringly. “At the end of the day, selling nuclear technology to Iran, selling anti-missile defense systems, brings cash. And if America or Israel, or both, at a certain point attack Iran, the oil price goes up, so for Putin it’s a win-win situation.”Unfortunately, said Kasparov, “it seems the [US] administration is ready to attack Goldman Sachs, but it is not ready to attack Putin’s financial interests. Which means that Iran feels safe.”The 47-year-old Kasparov, born Garry Weinstein to an Armenian mother and a Jewish father and widely considered the greatest chess player of all time, urged the West to tackle Putin via a list of oligarchs who he said acted as his “wallet” and against whom, he said, there was no shortage of evidence of financial wrongdoing.“If you believe that the Iranian nuclear bomb is an imminent threat, not only to Israel but also to the interests of the United States and the Western world, you act,” he said. “If you don’t believe it, you can find thousands of excuses [not to act] – as the Western powers found 75 years ago when not acting against the rise of Nazi Germany.“Putin’s threat is probably not comparable to the one in the 1930s,” heclarified, “but to a certain degree it will have a very serious impacton the Western system, because the No. 1 Russian export is not oil.It’s corruption. And Putin has found great demand for this product inthe West.”Asked whether issuing such outspoken criticisms placed him at personalrisk, Kasparov noted that “I have bodyguards in Moscow.” He added,however: “In Russia, if the state goes after you, nothing helps.”And questioned as to whether he might try again to seek the Russianpresidency, he responded: “In Russia we’re not fighting to winelections, we’re trying to have elections. Our fight is verydifferent... because we do not live in a democratic country. This,” hesaid, “is something that people in the West and also in Israel don’twant to recognize.”