By JPOST.COM STAFF, HERB KEINON
MARCH 16, 2010 10:20
Mitchell Netanyahu 311
(photo credit: GPO)
Advertisement
The US Embassy in Tel Aviv on Tuesday morning confirmed that US Special Mideast envoy George Mitchell will not arrive in Israel on Tuesday evening as planned,  but denied reports that the trip was postponed because Washington was waiting for a formal Israeli response over its concerns on an east Jerusalem housing plan. Sources at the embassy said Mitchell postponed his visit due to "logistical reasons" and will arrive sometime after a meeting of the Middle East Quartet  - the US, UN, EU and Russia - in Moscow Thursday.The special Mideast envoy has consultations in Washington on Tuesday and will not be able to have meetings here following that and still make it to the Quarter meeting, the sources told The Jerusalem Post.Related:
Netanyahu says Jerusalem construction will continue
GOP knocks White House over tensions with Israel
Column: Obama has crossed the line
Egypt: Israel's actions in Jerusalem are 'absurd'Earlier, the Washington Post reported that Mitchell's trip was put "on hold" until Israel accepts demands to cancel the construction of 1,600 housing units in Ramat Shlomo, a plan approved during US Vice President Joe Biden's visit to Israel last Thursday."We want to make sure that we have the commitment from both sides that, when he travels, we can make progress," US State Department spokesman P.J. Crowley was quoted as saying. 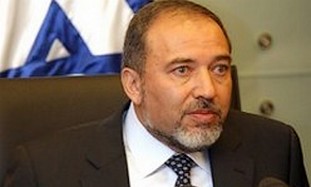 Meanwhile, Foreign Minister Avigdor Lieberman on Tuesday was optimistic about the tensions with Washington, saying that the crisis would be resolved and that the ties between the nations would soon get back on track.In an interview with Israel Radio, Lieberman said that neither Washington nor Jerusalem had an interest in escalating the tensions.The foreign minister stressed that some of the internationalcommunities' demands were unreasonable, such as the demands that Israelprohibit only Jews from building in certain parts of the capital whilethe Arabs are permitted to build and buy property in all parts of thecity."The challenge of the government is to withstand the pressures exertedupon it," Lieberman said, adding that the Palestinians were "lookingfor excuses to threaten Israel."
Advertisement
Subscribe for our daily newsletter