For 20 years, Save a Child’s Heart has been treating kids from third-world countries – many of which don’t have ties with Israel. 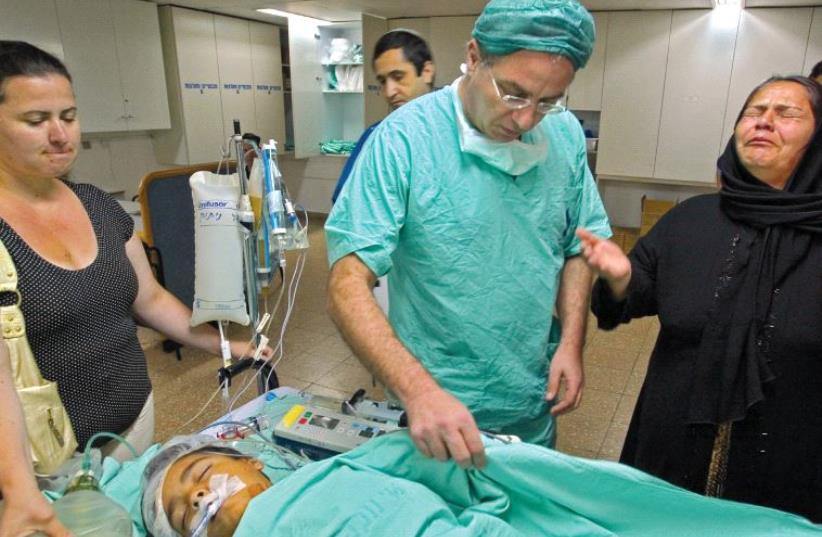 An Iraqi child receives emergency treatment at the Wolfson Medical Center in Holon
(photo credit: DAVID SILVERMAN)
Advertisement
SLEEPING SOUNDLY in the children’s intensive care unit at Wolfson Medical Center (WMC), Holon, near Tel Aviv, is two-year-old Muqadam Suleimani Siraji, a Tanzanian boy who has just undergone major heart surgery.My instinct is to reach out and hug him, assuring him he’s going to be OK. I watch him for a couple of minutes. Best leave him sleep. He’s in good hands.