Israel’s Roy Nissany is on the verge of breaking into Formula 1. 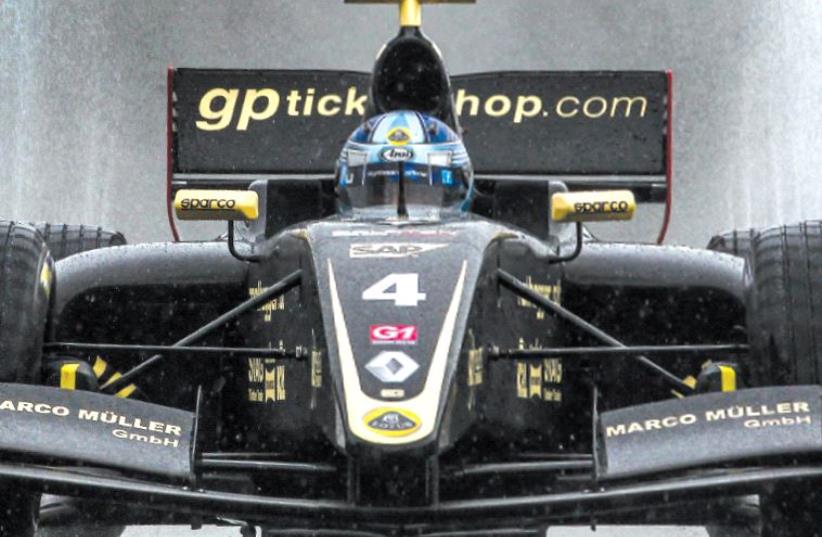 Driving for Team Lotus, Roy Nissany rounds the track under wet conditions
(photo credit: Courtesy)
Advertisement
Standing alongside race car driver Roy Nissany on the terrace of a luxury penthouse apartment in a smart district of Herzliya, just north of Tel Aviv, we survey a stunning nighttime vista.The glistening lights below stretch as far as the eye can see. Looking east, you see a very long way toward the Jerusalem Hills and beyond and, to the west, over the Mediterranean in the direction of mainland Europe. You feel like you’re on top of the world. 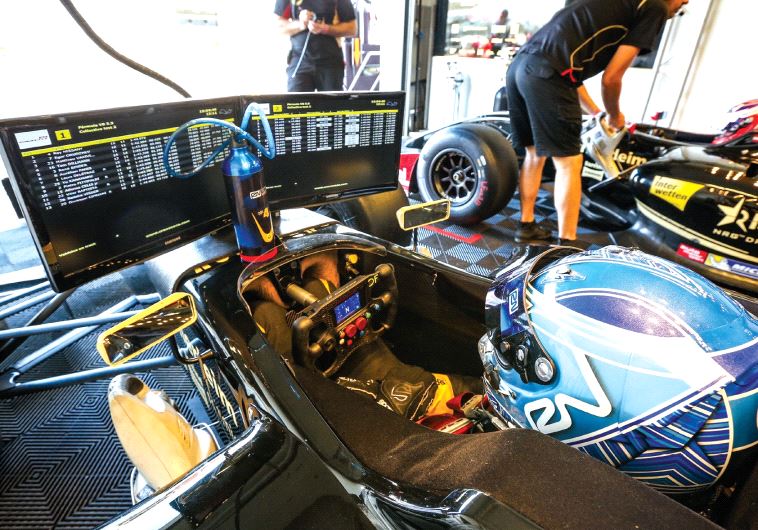