How widespread is the terrorist element among religious Jewish youth?

Leaders of the religious Zionist world say the price tag/hilltop youth phenomenon is a rebellion against their theology.

Meir Ettinger attends a remand hearing at the Magistrate’s Court in Nazareth.
(photo credit: AMMAR AWAD / REUTERS)
Advertisement
THE SYMPATHIES of the Aish Kodesh community are evident as soon as one enters the settlement outpost located on a mostly barren hilltop near the geographic center of Samaria, equidistant between the established settlement of Shilo and the Palestinian community of Duma. Near the gate of the outpost, a 40-minute drive from Jerusalem through the most barren section of the northern West Bank, a poster on the bus stop near the gate of the community calls on residents to attend a demonstration in support of a group of Orthodox Jews who have allegedly been tortured by the Israel Security Agency (Shin Bet) while held in administrative detention in recent months.The group is suspected of involvement in a series of “price tag” attacks against Arab individuals and property, including the July 31 arson attack in Duma that claimed the lives of three members of the Dawabsheh family. 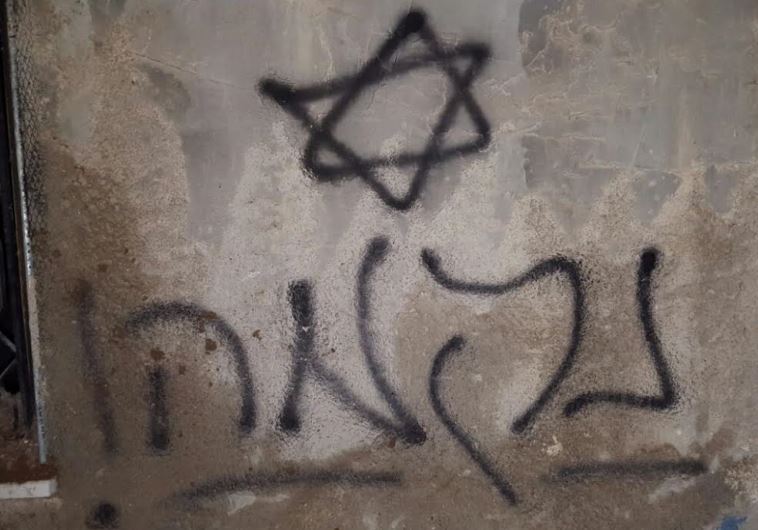