Shimon Peres died a month short of the 60th anniversary of the Sinai Campaign and one of his greatest achievements – the strategic alliance with France. 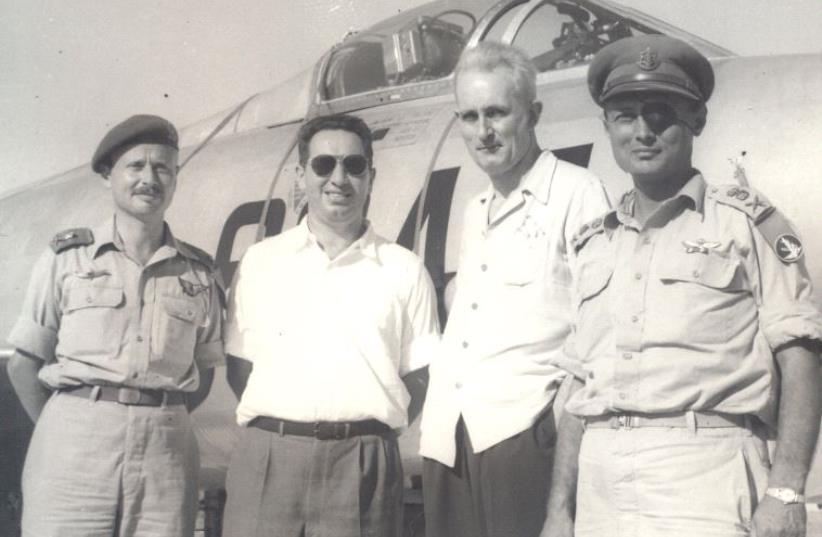 Shimon Peres (second left), director of the Ministry of Defense, is seen in the mid-1950s against the background of a French-supplied Dassault Ouragan fighter bomber
(photo credit: IDF ARCHIVES, DEFENSE MINISTRY)
Advertisement
THE DEATH of Shimon Peres, the 9th state president, a former prime minister, defense minister and architect of the stealth and clandestine Israel nuclear program and defense industries, last month fell a month short of the 60th anniversary of the 1956 Sinai Campaign against Egypt. That war, and the subsequent purchase from France of the nuclear reactor built near the city of Dimona in the Negev Desert, are among Peres’s greatest achievements in a long and remarkable life that was full of ups and downs.Peres, only 33 at the time, was director-general of the Defense Ministry and one of the few trusted confidants of the country’s first prime minister and defense minister, David Ben-Gurion.