Relations between Russia and the new US administration will have a significant impact on regional dynamics – and Israeli interests. 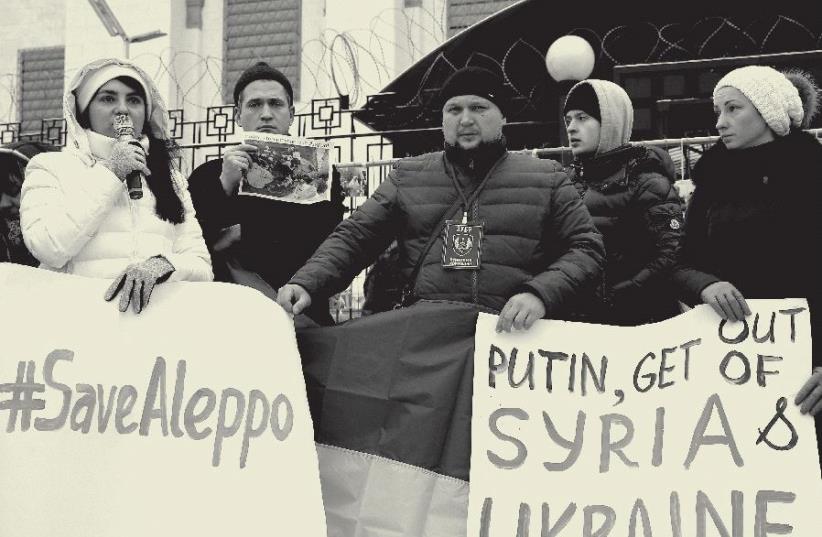 Ukranians protest against Putin
(photo credit: REUTERS)
Advertisement
A GAP exists between Russia’s image as a power implementing international political activism that challenges the world order and between its real capabilities and intentions.Russia lacks superpower abilities in the military and economic fields and, in order to meet its security and geopolitical interests, it has adopted a new approach to international relations while striving for a strong foreign and security ideology. Given its limited resources, Russia's main effort has been to keep conflicts limited and to implement power through the application of political and economic pressure.