War of attrition: The Syrian rebellion grinds on into its 6th year, with no end in sight

In the Sunni-Shia proxy war currently under way, no side has a clear and obvious advantage. 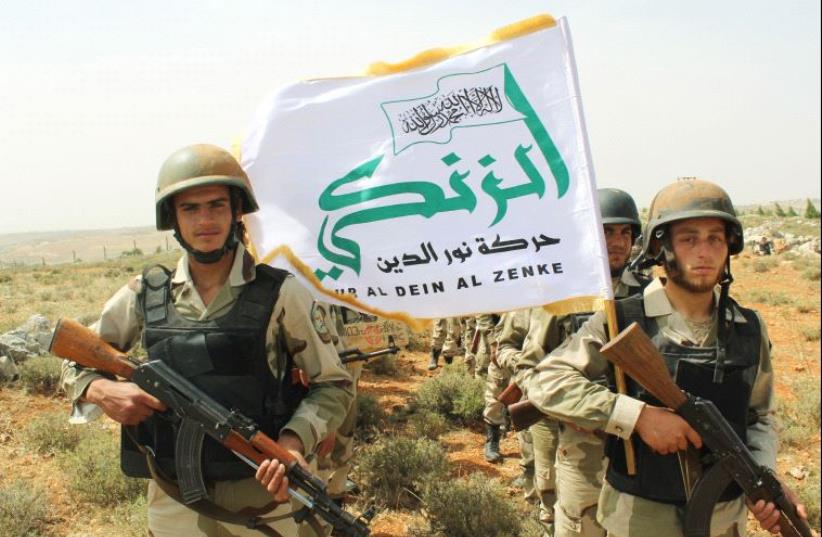 Nour al-Din al-Zenki fighters training in the north Aleppo countryside, June 2016
(photo credit: YASSER IBRAHIM)
Advertisement
IT IS now five years since the outbreak of the Syrian armed rebellion against the regime of Bashar Assad, and up to 400,000 people have been killed in the civil war that has ravaged and destroyed the country. In addition, 13.5 million people have lost their homes and of those, around 6.6 million have left the country.Yet an end to the war seems nowhere near, as a half-decade on, the revolt finds itself at an impasse. Any hopes for a democratic transformation of the country are long gone.