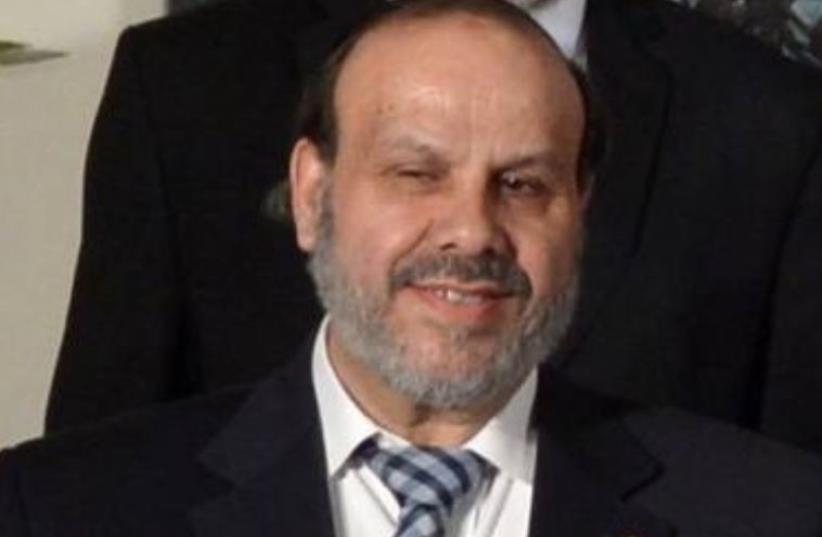 Religious Services Minister David Azoulay
(photo credit: Wikimedia Commons)
Advertisement
The US Supreme Court decision to compel all 50 states to recognize the right of gay couples to marry was celebrated as a historic, reality-changing event. To a large extent it was. But anyone familiar with the gay community’s struggle for acceptance, dignity and equality knows it was the culmination of a long and often arduous process. There were two preliminary stages that made the legal and constitutional change possible: First, the evolution of a culture of political correctness in relation to the gay community and the drawing of red lines defining what is and what isn’t acceptable in public discourse. Second, the establishment of facts on the ground, which helped to shape reality and ultimately to create a mass culture in which gay couples have a dignified and respectful place.Something similar is happening with regard to the long march for acceptance of Reform and Conservative Judaism in Israel. The storm of angry reaction in early July to Religious Services Minister David Azoulay’s contention that “Reform Jews aren’t really Jews” reflects a huge shift in what Israeli opinion is prepared to tolerate.
Read More...
The prime minister’s swift condemnation and the fact that he was immediately joined by Orthodox politicians like Education Minister Naftali Bennett and Deputy Foreign Minister Tzipi Hotovely is indicative of a profound change in public sensibilities. The media also slammed Azoulay’s comments and gave the issue high-profile coverage.Obviously the wall-to-wall denunciations did not change the legal position or alter government policy. Reform and Conservative Judaism still face severe legal and institutional discrimination in Israel. Nevertheless, as the gay triumph in the US shows, the pathway to change runs through cumulative shifts in public and government discourse. And here the ultra-Orthodox Shas minister's rant achieved precisely the opposite of what he intended and made a significant contribution to the red lines in public debate on Reform and Conservative Judaism.Drawing those red lines is important and necessary. But it is clearly not sufficient. The US Supreme Court ruling only came after hundreds of thousands of gays lived as married couples, after innumerable TV series and films showed them in a favorable and sympathetic light, and after countless public campaigns conferred practical recognition. More than creating a new reality, the Supreme Court put its imprimatur on a reality, which already existed outside the courtroom. The non-Orthodox streams in Israel are trying to make their public breakthrough in much the same way. For years their modus operandi had been based on initiating legislative change to facilitate their growth in Israel.Over the past decade that approach has been turned on its head. The current view is that only creation of facts on the ground and the establishment of a significant presence will transform relations between religion and state in way that genuinely includes the non- Orthodox streams, enhancing Israel’s Jewish and democratic character.Over the past decade, this new approach has led to the establishment of scores of new Reform and Conservative communities in Israel, the ordainment of around 100 non-Orthodox Israeli-born rabbis, significant investment in kindergartens and schools, and the development of a wide array of programs for young Israelis.Recent surveys by leading polling institutions show that eight percent of the Jewish public in Israel define themselves as Reform or Conservative (as compared to 26 percent Orthodox). As many as a third of the Jewish public have participated in a ceremony, prayer or lesson led by a Reform or Conservative rabbi in the past three years.Reform and Conservative education programs have been approved by the Education Ministry, and are taught in Israeli state schools. In dozens of local councils there is fruitful cooperation. True, both movements still encounter glass ceilings. But gradually cracks are beginning to appear.When Azoulay railed against Reform Jews, his attack was not directed primarily at a religious ideology or at the millions of Re - form Jews in North America. What bothered him far more were the growing numbers of Israeli Jews who see in Reform or Conserva - tism the form of Judaism that best suits their religious needs. The promised land of religious pluralism in Israel is still a long way off. But one thing is certain. The furor following Azoulay’s outburst proves that Reform and Conservative Judaism in Israel have broken free of their slave chains and begun their journey to freedom and equality. The minister and his colleagues can try chasing after them to bring them back. But, as the book of Exodus shows, it didn’t work then. And it won’t work now.Rabbi Gilad Kariv is executive director of the Israel Movement for Reform and Progressive Judaism.