Facing the past: Germans use albums to close the pages of Nazism

“They’re all torn out,” he said, pointing to a page consisting only of tear marks whose residue reveals the side of a tank and soldiers posing on a Mercedes.

By ORIT ARFA
OCTOBER 14, 2017 10:37
An SS officer questions two Jewish resistance fighters in the Warsaw Ghetto, 1943
(photo credit: Wikimedia Commons)
Advertisement
AT THE weekly antique flea market in Berlin, Christoph Kreutzmueller, a Holocaust historian and curator for the new permanent exhibition of the Jewish Museum in Berlin, picked up a Nazi-era family album at random from a book stand, fascinated not by the black and white pictures that were there ‒ but by those that weren’t.“They’re all torn out,” he said, pointing to a page consisting only of tear marks whose residue reveals the side of a tank and soldiers posing on a Mercedes. The “war” page? The album, however, opens with a picture of paradise: a German couple with their nude toddlers are picnicking in a lush forest. As for the rest, most photos have been rearranged, out of order.“There’s the innocent reading that [the album owner] hated the war and didn’t want to think of it anymore,” Kreutzmueller said of the reason for the missing pictures. “The biased, ‘mean’ reading is that perhaps they showed murder. I think that he really didn’t want to think of war anymore because the remnants that you see are not of fighting.”In another album from the same vendor (collected from an apartment liquidated upon the resident’s passing), photos are neatly organized and labeled. They, too, open with “paradise” ‒ a Nazi government-sponsored outing amid beautiful landscapes in May 1938. In October that same year, the month in which Germany began to deport its Polish Jews, the matriarch and patriarch celebrate their silver wedding anniversary. A few pages later, in 1940, the living room is newly adorned with a radio, the tool for Nazi propaganda nicknamed, “Goebbel’s Schnauze” (Goebbel’s snout). 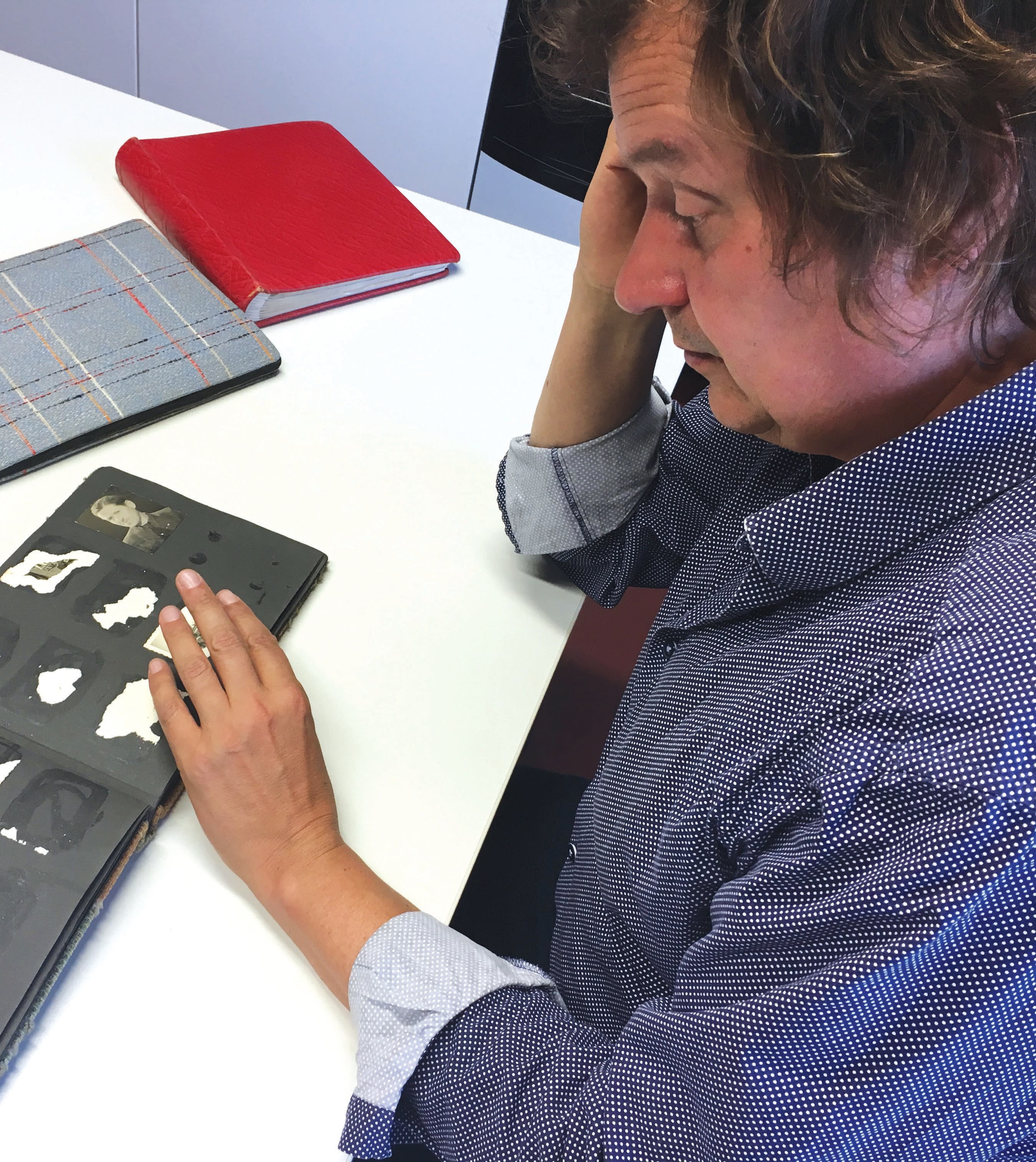