The initiative, sponsored by the Jerusalem Municipality, aims to dispel some of the tension hanging over the city these days.

Issa Kassissieh, wearing a Santa Claus costume, rides a camel during the annual Christmas tree distribution by the Jerusalem municipality in Jerusalem's Old City December 21, 2017
(photo credit: AMMAR AWAD/REUTERS)
Advertisement
JERUSALEM - In a corner of Jerusalem, a man dressed as Santa Claus and riding a camel tries to lift the atmosphere a little by offering free Christmas trees to residents of a city at the epicenter of Middle East tensions.The man behind the beard is Issa Kassissieh, a Palestinan Christian, who has been spreading both Christmas trees and spirit to Jerusalem's citizens in recent years.On Thursday, he rang a bell to announce his presence and dismounted from his camel to walk back and forth on the Old City's walls, calling on residents to come and pick out a tree free of charge. 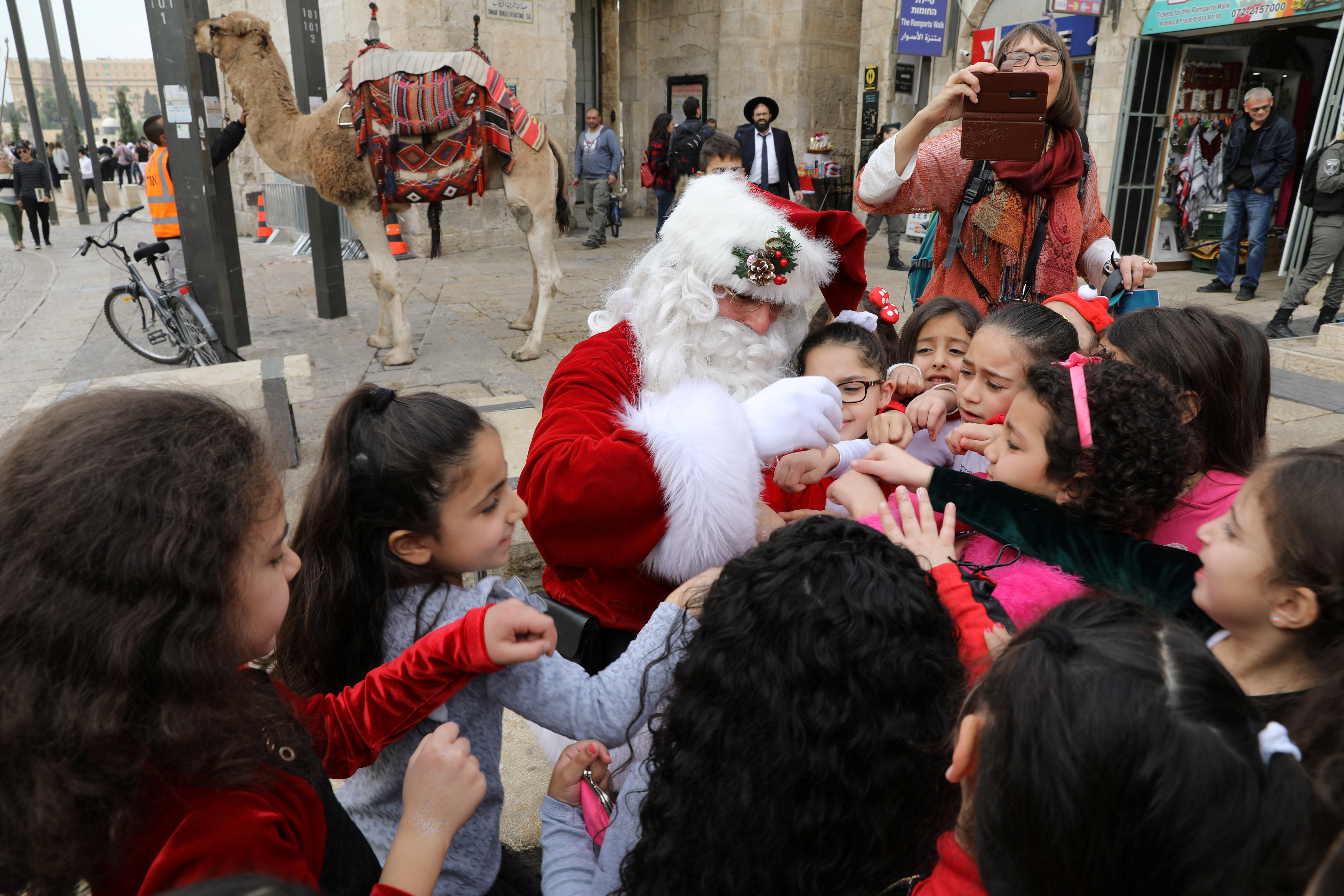 A group of girls stand around Israeli-Arab Issa Kassissieh, wearing a Santa Claus costume, during the annual Christmas tree distribution by the Jerusalem municipality in Jerusalem's Old City December 21, 2017
Kassissieh's initiative, sponsored by the Jerusalem Municipality, aims to dispel some of the tension hanging over the city, where sporadic Palestinian protests have erupted since US President Donald Trump on Dec. 6 generated outrage from Palestinians and the Muslim world by recognizing Jerusalem as Israel's capital."Let me tell you something. As Santa, I come here to (bring) joy," Kassissieh told Reuters."Whatever happened in the world, I came here to make the spirit and the happiness for the children in the Holy Land." Jerusalem, home to sites holy to the Muslim, Jewish and Christian religions, is a tourist attraction for tens of thousands of pilgrims each year. 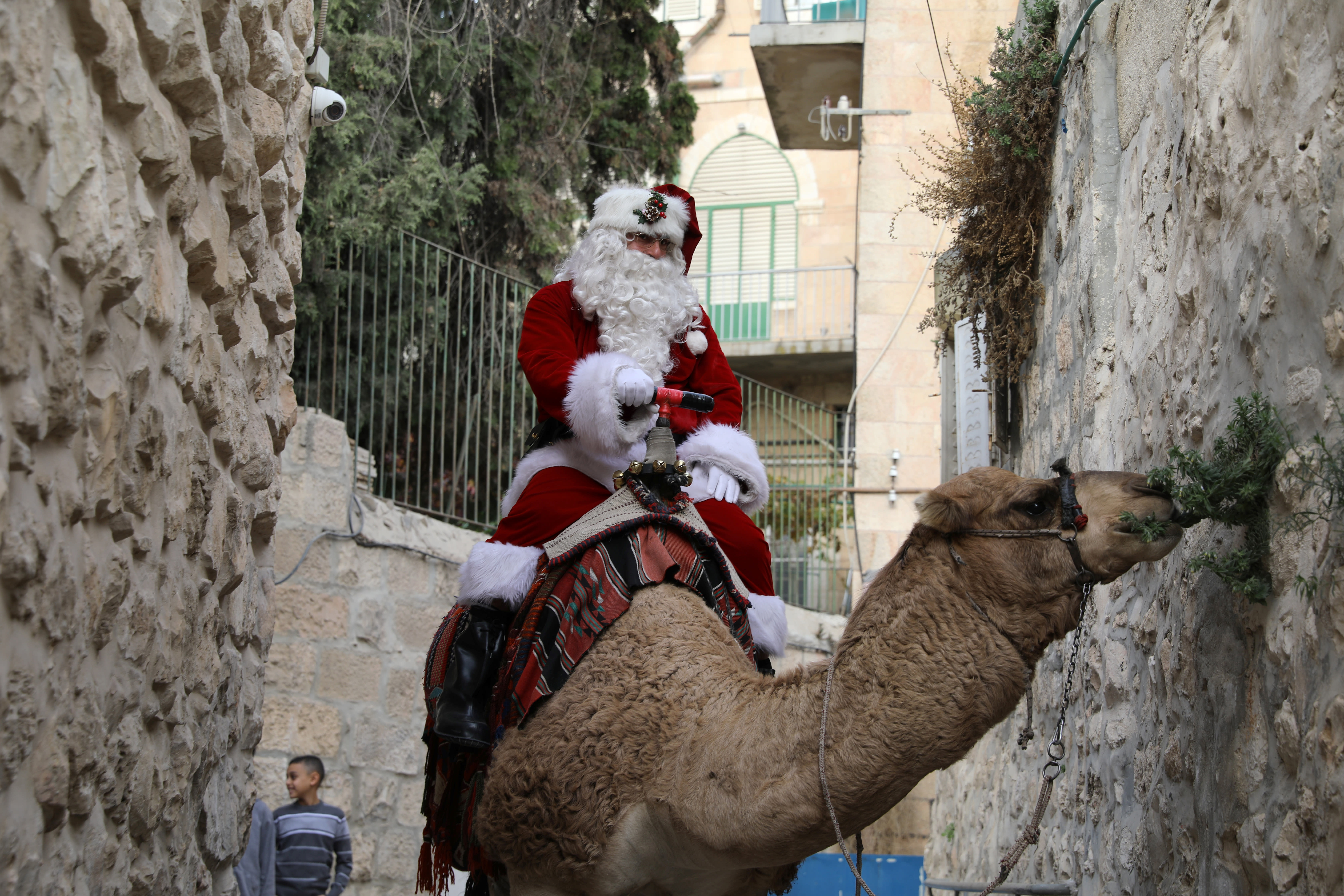 Issa Kassissieh, wearing a Santa Claus costume, rides a camel during the annual Christmas tree distribution by the Jerusalem municipality in Jerusalem's Old City December 21, 2017 (REUTERS/Ammar Awad)
It's also at the core of the Israeli-Palestinian dispute.Israel considers all of Jerusalem, including the eastern sector it captured in the 1967 Middle East war, its eternal and indivisible capital and wants all embassies based there. Trump said his administration would being a process of moving the US embassy in Tel Aviv to Jerusalem.Most countries regard the status of Jerusalem as a matter to be settled in an eventual Israeli-Palestinian peace agreement, although that process is now stalled.