The Pianos Festival will be performed at the event’s regular berth of the Jerusalem Theater, November 11 to 14.

By BARRY DAVIS
NIZAR EL-KHATER will team up with the Jerusalem Street Orchestra in a wide-ranging sonata-based program.
(photo credit: SAMER KHESHAIBUON)
Advertisement
Once upon a time, long before the Internet was envisaged, knowledge was less compartmentalized. A doctorate, for example, might encompass such seemingly diverse areas as philosophy, art history, German studies and philology. But, these days, a PhD student will typically submit a thesis on some narrowly defined subfield that investigates the minutiae of some obscure area of information stashed away in the nether strata of consciousness.
Fast forward several decades from those bygone more inclusive days, and you find marketing professionals tagging the work of musicians as pertaining to some neatly categorized genre or subgenre. That, they believe, helps the consumer to arrow in on the particular product they are pushing and boost sales which, after all, is the point of the commercial exercise.
However, ask any musician worth his or her salt where cultural divides run and they will, no doubt, respond with something along the lines of “music is just music.” That line of thinking is central to the forthcoming Pianos Festival, the eighth annual edition of which will be performed at, and made virtually accessible from, the event’s regular berth of the Jerusalem Theater, November 11 to 14.
This year’s four-dayer focuses on the preeminent and richly varied oeuvre of Ludwig van Beethoven, marking the 250th anniversary of the classical composer’s birth. It is, of course, a matter of conjecture to consider whether Beethoven would have been open to the eclectic range of approaches to his music fused by perennial festival artistic director Michael Wolpe.
But we are, after all, here in the Middle East and, no matter how many concerts – in normal times, that is – are proffered here to the faithful audiences across the calendar featuring much-loved works by Beethoven, Mozart, Chopin et al, the base culture in this part of the world does not feed directly off European sentiments. 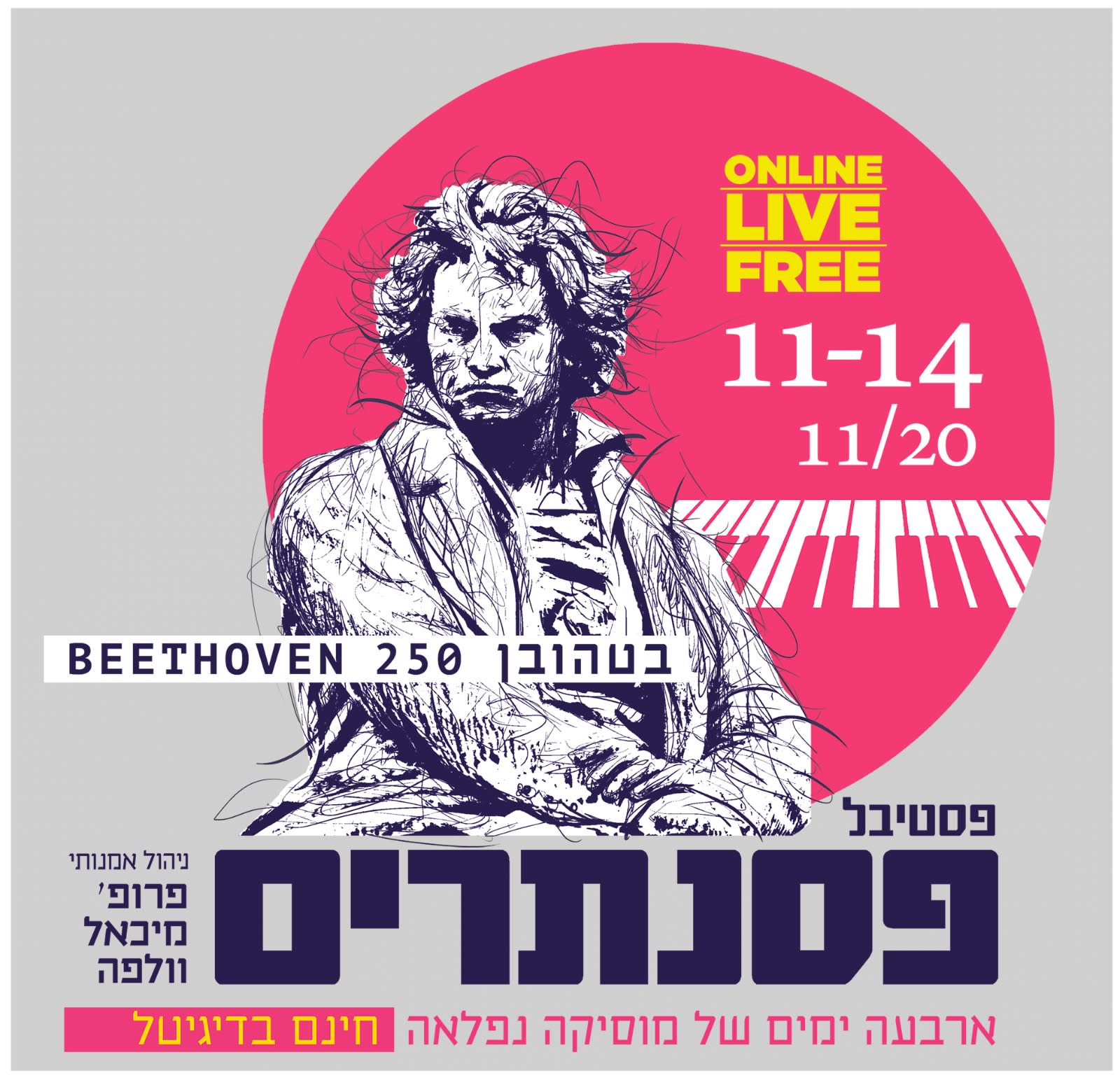