What makes the Seder night different The ‘Post’ asked Jewish celebrities to find out what Passover means to them.

By JERUSALEM POST STAFF
APRIL 13, 2014 14:21
Mayim Bialik
(photo credit: REUTERS)
Advertisement
We polled a round-up of Jewish dignitaries and celebrities with the following “Four Questions,” to ascertain what associations Passover and its unique rituals have for them:1. What is the most memorable Seder moment that you or a close family member have experienced?2. Are there any particular Seder traditions/foods in your family, you or among those close to you?3. Is there something special that present that you give your kids for an afikoman (if they find the matza), or that you have ever received?4. What does freedom mean to you?Rita, famed Iranian-born Israeli pop singer and actress 1. During Dayenu, we take stalks of green onion and everyone lashes each other with it and yells out what’s in their heart and on their ends up getting the end of an onion in their eye and starts crying.But it’s still fun, and everyone lets loose and goes wild.2. We have so much food at the Seder, and it’s all Persian-style. My mother and sisters all make dishes with rice, and of course, we do all the brachot.3. I really can’t remember any special afikoman presents.4. I think that the idea of freedom is like what I’ve tried to teach to my children. Always listen to what’s inside of you, and never allow someone else to change how you really feel inside. Don’t be like this or that for others, just be who you are destined to be. As long as you feel connected to your neshama (soul) and do what it tells you, and you feel at peace with your actions, then that’s true freedom.Kobi Farhi, leader of Orphaned Land, the Israeli heavy metal band with a biggest fanbase in the Arab world 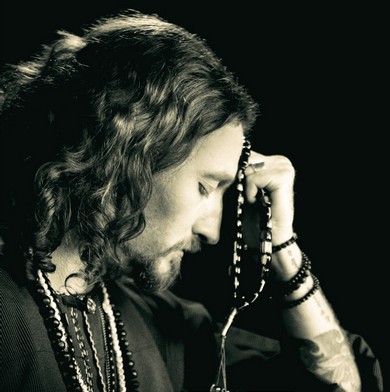 1. In general, what’s memorable to me is that I’m starving to death during the Haggada-reading/singing.2. Vegan ktzitzot (meatballs) or prasa, a Spanish Jewish food. I can eat 25 just for a warm-up.3. Usually it’s just “thumbs up, boy.”4. To be free to do what you want, to fulfill your destiny and ambitions in this life, and above all, to understand that the truth is not absolute, my truth is not necessarily the truth that will fit you. Live and let live, and together we can create the best salad of humanity.Isaac ‘Buji’ Herzog, opposition leader and head of the Labor Party 1. In 1988, at the President’s Residence, where my late father, Chaim Herzog, Israel’s sixth president, presided over the Seder. A year before, we left a chair for Ida Nudel, a legendary refusenik, and at this Seder, our main guest was Ida herself. It was so moving to have her with us. My father wrote in his autobiography, Living History: “What a triumph for hope, faith and courage!” 2. Although we run an Ashkenazi Seder, it cannot take place without a special Sepharadi haroset that my Sudanese-born sister-in-law Marguerite prepares, made of dates and sesame. Heavenly! 3. The real thing is the negotiations part with my kids. They seem to have absorbed some of the traits of their family lineage in terms of political maneuvering, tough and yet pragmatic. Not demanding too much, but hard-liners on the real objectives.4. The right to say what you believe in, without fear and hate. To practice your belief with respect to all others.The feeling that one is equal to any other in society.Mayim Bialik, American actress on ‘The Big Bang Theory’ and neuroscientist 1. There are many memorable Seder moments; it’s hard to choose! One of my favorite things at the Seder is the drinking songs at the end, which in my family we sing with Ashkenazi dialect since my family is Yiddish- speaking in origin. The first year my son sang along was incredibly moving; to hear a little 5-year-old singing along with our Yiddish-dialect songs that I was taught by my parents, who were taught by their parents, and so on… it was amazing! 2. We always have boiled potatoes after the karpas in our family. It also gets the ha’adamah blessing, and keeps the hunger at bay. I’m not sure if it’s halachically acceptable, but it sure keeps small people happy at the Seder, especially if you serve them with ketchup! 3. My dad always gave us a silver dollar or a $2 bill for the afikoman present. That’s the tradition we keep to! 4. Freedom means the ability to pursue your will with autonomy and in the pursuit of serenity and shleymut (wholeness).Efraim Halevy, former director of the Mossad 1. A Seder that my family attended in Madrid, Spain, in the ’70s in the Jewish community center, before the regime change, when Gen. Franco was still the ruler of that country. It was very poignant and very emotional, and is indelible in my memory. The relationship at that time between Spain and Israel was nonexistent. I had business to do in Madrid and thus was there with my family, and the Jews who attended the Seder were overjoyed to see an Israeli among them – and I was overjoyed to meet with them.2. We have a tradition of singing a song in Yiddish in the last part of the Seder that has [a reference to] one of the Psalms. The song – which I got from my father, and which he got from his father – says, “They have no eyes, oh, how pitiful is their condition that they have a blind god. They have no ears, how pitiful that they have a deaf god.” Every stanza ends by saying, “But we have a God who is the greatest. He sees and he smells and he listens, and therefore we are joyful.”3. We have six grandchildren, and the elder ones of course don’t scurry to find the afikoman, but the youngsters do. Each one of them gets a present of their own because even if one of them finds the afikoman, it’s always a joint project of trying to get the afikoman and trying to spirit it away. They can request a bicycle, they request all kinds of things like computer games, whatever they want.4. Freedom to me is the ultimate capability of each and every person to envisage the Almighty in his own way. I have a grandson who is more or less secular, but he insisted on eating kosher. When asked why, he answered, “By eating kosher food, that is the way I commune with God.” I thought this was a very deeply philosophical way of looking at life.Rachel Azaria, Jerusalem deputy mayor and councilwoman 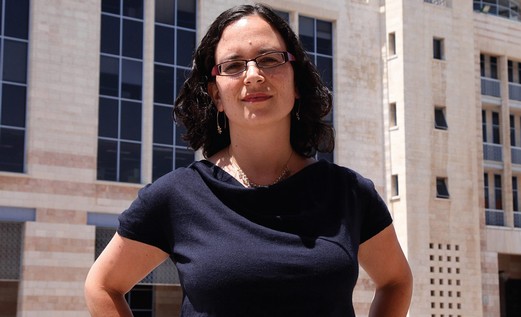 1. My first Seder that I was old enough to remember, in the US with my grandfather, a very strong man, who I saw shedding a tear for the first time as he read a piece he used to read every year, in memory of the 6 million who perished in the Holocaust.2. On my Tunisian side, raising the Seder plate over the heads of the participants while singing Avadim Hayinu. On my American side, a competition on who can sing the 13th section of Ehad Mi Yodea fastest. I usually won.3. My best afikoman gift was the birth of my daughter Shira four years ago. This year, my parents are in charge of my kids’ afikoman.4. There are two freedoms I appreciate having today that I wouldn’t be able to have, had I lived a century ago. One is being a woman with the rights and freedom that the feminist movement gave us. The second is being a Jew in our own state and land. Being a deputy mayor in Jerusalem fulfills these two freedoms I am privileged to have.