By LAHAV HARKOV
weekly schmooze 311
(photo credit: Courtesy)
Advertisement
When a tragedy occurs, people often try to find a reason behind it. Haredi singers Avraham Fried and Shloime Daskal decided to release a Yiddish song that dealt with the earthquake, tsunami and nuclear meltdown in Japan, placing the blame on the most obvious culprit. Japan was obviously hit by tragedy because it put two Satmar yeshiva students in prison for smuggling drugs. Here is a rough translation of the chorus, courtesy of Failed Messiah:
Father, Father [i.e., God, God]
Bring home the far [i.e., the Satmar yeshiva students imprisoned in Japan]
Klal Yisroel [the Jewish people] will not remain silent
As long as it [Japan] won't bend to goodness [i.e., as long as it (Japan) won't become good]
If the lyrics aren't convincing enough, you can check out a music video for "The Japan Song" that combines images of the tsunami with Daskal wandering the streets of Tokyo:Democrat or Republican, Tea Partier or Soros supporter, it's undeniable that Queens and Brooklyn congressman Anthony Weiner is a funny guy. Two weeks after giving a sarcastic rant about how defunding NPR will save the US economy, Weiner gave a humorous speech at the Congressional Correspondents' Dinner in Washington D.C., ribbing Speaker of the House John Boehner on the pronunciation of last name ("Who is he fooling? I mean, what am I, Anthony Way-ner?"). Weiner, who plans to run for mayor of New York, said that he missed Rahm Emmanuel at the dinner, adding that he plans to take a job as a meat cutter. Why? Because all it took for Emmanuel to become mayor of a major city "is to be a hot-tempered arrogant loud Jew with nine-and-a-half fingers."In casting news, Sean Penn has been offered the role of Los Angeles mobster Mickey Cohen in the upcoming film Gangster Squad. The film is about police officers who fought organized crime in LA in the 1940s.  Cohen, Bugsy Siegel's chief lieutenant, was a former boxer who was also associated with Meyer Lansky. The film will be 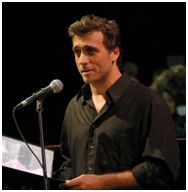 helmed by Zombieland director Ruben Fleischer, while Ryan Gosling has been offered the role of the police officer who tries to catch Cohen. Still in Hollywood, Universal Pictures has purchased the screen rights to Daniel Silva's book series about a semi-retired Mossad agent named Gabriel Allon. Former NBC Universal CEO Jeff Zucker, a close friend of Silva's, is a producer for the film, and no names have been attached to the role of Allon. The Schmooze would like to suggest Israeli actor Lior Ashkenazi – he did a great job portraying a Mossad agent in Walk on Water. 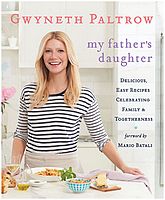 Foodies take note: Gwyneth Paltrow is coming out with a cookbook on April 13. The book, My Father's Daughter: Delicious, Easy Recipes Celebrating Family & Togetherness is full of recipes passed on to the Oscar-winning actress from her father, Jewish director Bruce Paltrow. In the weeks leading up to the cookbook's release, food blogs have reported a number of rumors about the actress, including one that she will be featured on the cover of Bon Appetit – a magazine that usually has food on the cover, not people.The Weekly Schmooze collects the hottest Jewish culture news from around the world. Ranging from celebrities to philanthropy to quirky communities, we're here to schmooze about Jews.If you have any news to share with The Weekly Schmooze, write to: [email protected]