A Jpost column wrapping up the hottest Jewish culture news worldwide: The Muppets are back; "The Shtreimels" take on haredim.

By LAHAV HARKOV
JUNE 23, 2011 15:42
weekly schmooze 311
(photo credit: Courtesy)
Advertisement
Tragedy struck Manhattan's Upper West Side on Wednesday as legendary bagel shop H&H closed its doors. It seems that, despite appearances on "Seinfeld," "Sex in the City," "Entourage" and "How I Met Your Mother," and the fact that all real New Yorkers know H&H is the best bagel in town, the owners still weren't able to pay rent on the 80th Street and Broadway location, which opened in 1972. H&H will continue to bake bagels at its Hell's Kitchen location, but Sunday mornings in Manhattan will never be the same againIf the schmooze already mentioned "How I Met Your Mother," then this week's column wouldn't be complete without the upcoming movie The Muppets. What's the connection, you ask? One of HIMYM's stars, actor Jason Segel, co-wrote and produced the new, puppet-filled film, in which Kermit, Miss Piggy, Gonzo and the gang try to reunite and recreate "The Muppet Show": 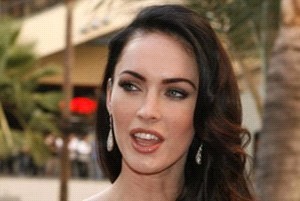 In somewhat controversial Hollywood news, director Michael Bay revealed to GQ why actress Megan Fox did not star in the third Transformers film. Steve Spielberg, one of the film series' producers, demanded that Bay find a replacement for Fox after she said in a press conference that Bay "wants to be like Hitler on his sets, and he is," in reference to Bay's demanding directing style. Bay told the magazine that "Steven said 'fire her right now.'"In other news related to film and Nazis, a director has been chosen for the pilot of the new HBO series written by Michael Chabon and Ayelet Waldman. The new show, titled "Hobgoblin," is about con men and magicians fighting Nazis in World War II. The pilot will be helmed by Darren Aronofsky, with the three forming a sort of Jewish-intellectual Dream Team. Aronofsky, who recently won acclaim for directing Black Swan is also attached to Noah, a big-budget version of the Noah's Ark storyIf you're a "South Park" fan, check out "The Shtreimels," a new YouTube series making fun of haredim that is reminiscent of the popular animated series. The characters speak a sort of Hebrew jibberish, and shine a very, very critical light on the ultra-Orthodox. If you're easily offended, skip this video. If offensiveness makes you laugh, this is the clip for you! 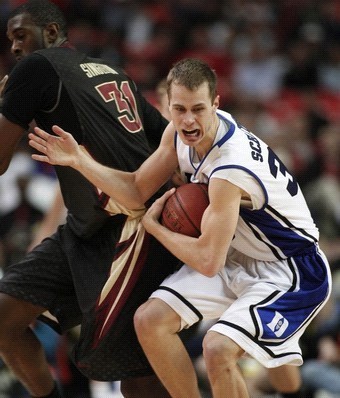 Finally, in sports, Duke University guard Jon Scheyer signed with Maccabi Tel Aviv. Scheyer played for the Blue Devils when they won the NCAA championship in 2010, and chances are, he'll be around to win some trophies for Maccabi, since they're at the top of the Israeli league more often than not. Scheyer will not be considered a foreign player, because he is Jewish.The Weekly Schmooze collects the hottest Jewish culture news from around the world. Ranging from celebrities to philanthropy to quirky communities, we're here to schmooze about Jews.If you have any news to share with The Weekly Schmooze, write to: weeklyschmooze@gmail.com
Advertisement
Subscribe for our daily newsletter