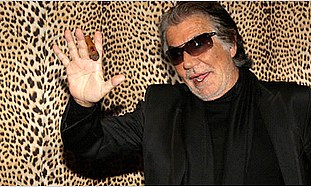 Paris. Milan. New York. Tel Aviv? That's right, the White City is trying to brand itself as a fashion capital, by inviting megadesigner Roberto Cavalli to Tel Aviv fashion week in November. The Italian icon has accepted the invitation to the first such event sine the 1980s. Organizers hope that the designer will draw major fashion writers from around the world to Tel Aviv.

If you've ever wanted to meet a big star, this story should give you hope. Blogger Molly Livingstone launched a campaign on her site, "The Big Falafel," titled "Sarah Silverman, Be My BFF" as the comedienne's trip to Israel approached. Livingstone used her Jewish Geography talents to locate someone who knows Silverman's sister, Susan Silverman, a Reform rabbi living in Jerusalem. The blogger managed finagle an invite to a family barbeque at Susan's, where she met the foul-mouthed comedian. There, Livingstone gave Silverman one of the funniest articles of clothing Israel has to offer: Aladdin pants. Last weekend was a sad one for fans of The Princess Bride and cranky detectives. Peter Falk, known to some as Columbo and others as the bedtime-story reading grandfather in the classic 80s film, passed away at age 84. A little-known fact about Falk is that he tried to volunteer to fight for Israel in the War of Independence. He wrote in his autobiography that he wasn't passionate about Israel, he just wanted "more excitement." However, he never reached the Middle East. The 1948 war ended before his ship ever set sail. 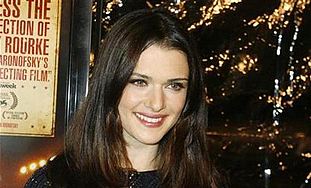 In gossip news, gorgeous Jewish movie star Rachel Weisz married another actor, Daniel Craig, who has portrayed Jews in movies like Defiance and Munich. The two wed in New York, with only two friends and the thespians' two children from previous relationships present. Weisz broke up with director Darren Aronofsky last year, and plays Craig's wife in the upcoming Dream House.  If there's one thing the Internet loves these days, it's a cheesy Jewish music video. From the Maccabeats to Shalom Sesame, these clips have gone viral. Now there's a new extra-corny YouTube video: Simcha and Gorfinkel's "Members of the Tribe," an ode to Jewish unity: 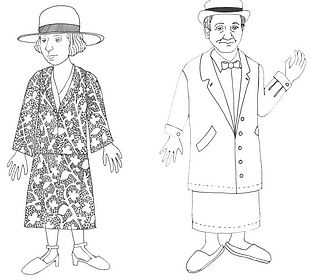 Speaking of Members of the Tribe, there was one who played a major role in Woody Allen's latest hit, Midnight in Paris: Gertrude Stein. The American author and her romantic partner Alice B. Toklas (also Jewish) were both represented in San Francisco's gay pride parade last week on paper dolls distributed by the city's Contemporary Jewish Museum. The dolls promoted the museum's latest exhibit, "Seeing Gertrude Stein: Five Stories," which deals with Stein's bonds with gay artists and her legacy in contemporary culture.  The Weekly Schmooze collects the hottest Jewish culture news from around the world. Ranging from celebrities to philanthropy to quirky communities, we're here to schmooze about Jews. If you have any news to share with The Weekly Schmooze, write to:[email protected]