By LAHAV HARKOV
weekly schmooze 311
(photo credit: Courtesy)
Advertisement
Kids, antisemitism does not pay. That is the lesson to be learned from the tale of former Dior designer John Galliano. He lost his job last year after he was caught at a Paris bar professing his love for Adolf Hitler and saying more Jews should have been gassed. Last week, French Prime Minister Francois Hollande has stripped Galliano of his French Legion of Honor medal, which he received in 2009. Meanwhile, the designer reportedly filed a $18.7 employee\employer dispute claim against Dior in a French labor court this week. Still in fashion, an Israeli model is making waves in a Toyota commercial that went viral. No, it's not Bar Refaeli, it's Stav Strashko. Now Stav, which means Autumn, is a unisex name, and the model has made his name with his androgynous looks. The ad starts out looking like a typical sexy-girl-and-hot-car commercial – until Strashko turns around. Check out this interview with the Ukraine-born, Tel Aviv-raised model in Candy magazine, and watch the commercial:Mayim Bialik was in a car accident two weeks ago, in which she almost lost her thumb. Whether you sent a "speedy recovery" tweet to @missmayim or not, the Schmooze is here to let you know that she is okay. The actress even went back to work on "The Big Bang Theory" the next day. Here's an interview with Bialik, finger splint and all:If you're a fan of Regina Spektor's music, you've probably heard songs from her new album What We Saw From the Cheap Seats. The Jewish singer, born in the Soviet Union, recently gave an interview with NPR and recounted returning to Russia for the first time this summer to give a concert. Spektor also discussed the discrimination she faced in the first nine years of her life, in the Soviet Union, saying "you couldn't go to synagogue, but we did have little relics of religion passed down here and there." Check out the interview here, and here's a fun song from her new album:Last but not least, we have another singer\pianist – Edon Pinchot, also known as the Jewish Justin Bieber. The 14-year-old "America's Got Talent" contestant received a standing ovation this week, after performing One Direction's "That's What Makes You Beautiful:"Finally, in "I can't believe she's Jewish" news, Toni Braxton may not actually be a member of the tribe, but can make aliya if she wants. The R&B singer and reality-TV star revealed to The New York Times last week her grandmother was Jewish. "I didn't understand it as a kid," she told the newspaper. "I mean, I knew she was Caucasian." 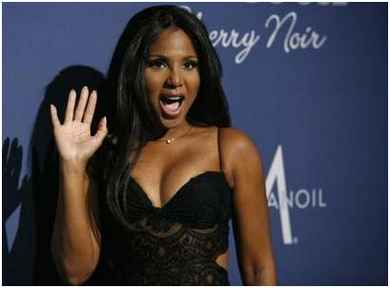 Toni Braxton (Reuters)
The Weekly Schmooze collects the hottest Jewish culture news from around the world. Ranging from celebrities to philanthropy to quirky communities, we're here to schmooze about Jews. If you have any news to share with The Weekly Schmooze, write to: [email protected].
Advertisement
Subscribe for our daily newsletter